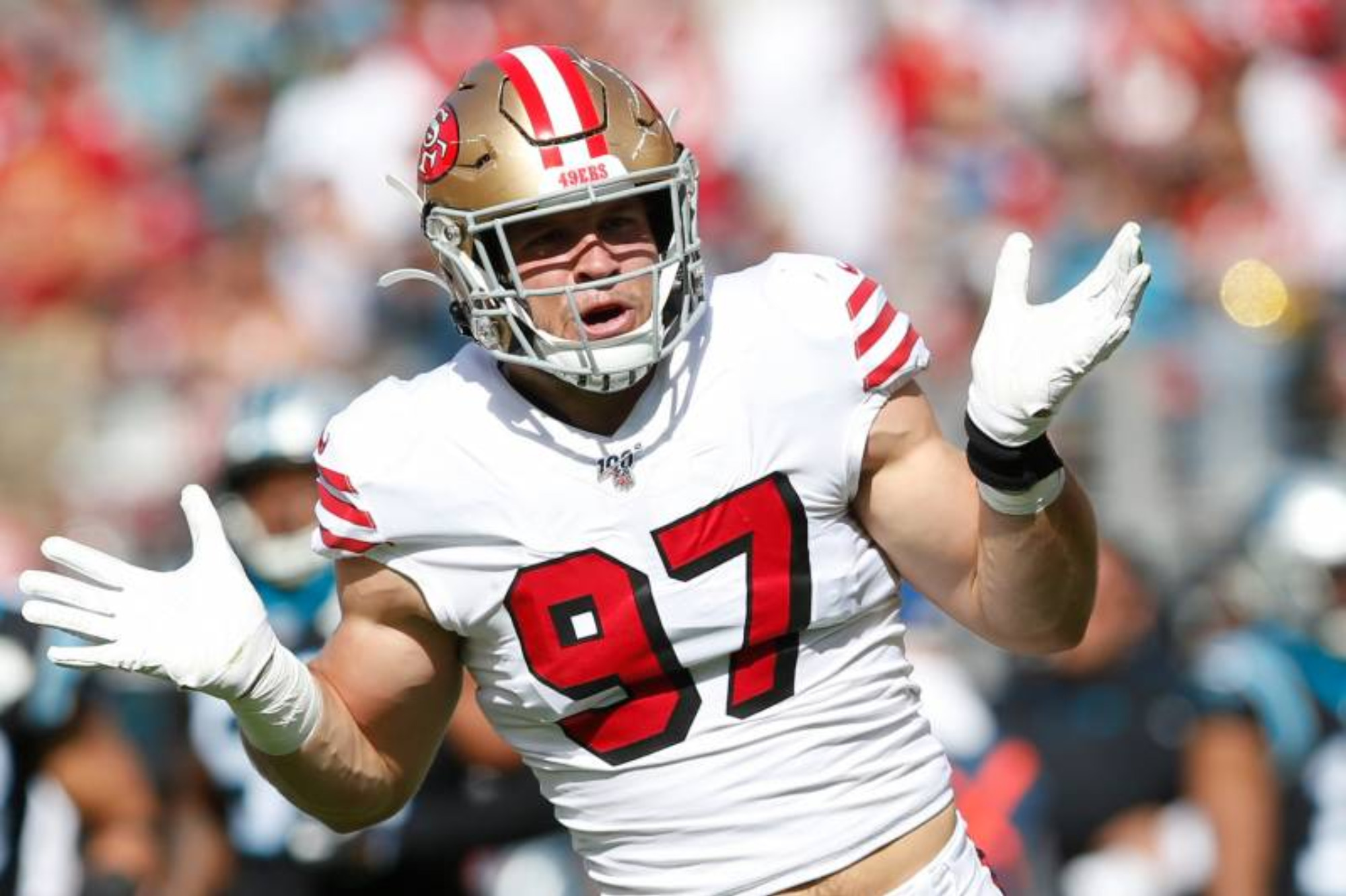 When will the Super Bowl line move? That is the biggest question I’m asking myself heading into Super Bowl Sunday. From what I’ve heard from sportsbook directors giving interviews, they assume that if the line ever moves to San Francisco +3 that it would get gobbled up in an instant. Well, unfortunately for me, 49ers +3 is the number I’ve been waiting for, and it seems as though the spread may never reach that point.

The reason I like San Francisco is because of their embarrassingly efficient running game. The 49ers put up 37 points against the Packers while Jimmy Garoppolo threw just eight passes. Some in the media have come out and said that Kyle Shanahan doesn’t have faith in Garoppolo because of his low pass total. Shanahan’s response was, “have you seen how good our running game is?”

The 49ers figured out in the second half against the Vikings that they could simply run straight at Minnesota and not be stopped. And that was against the #7 rushing defense in the league. The Green Bay Packers rushing defense is effective as Swiss cheese, so of course, the Niners ran right through them as well. Why pass the ball when you gain 5+ yards on back to back to back running plays?

And why should we expect anything different on Sunday? The Chiefs were an even worse rushing defense than the Packers this year, ranking 29th in rushing defense efficiency per Football Outsiders. While it would be insane to think that the 49ers could approach 40 points while staying under 10 pass attempts, I expect their running game to be incredibly efficient. And what does an efficient running game do? It keeps Patrick Mahomes off the field.

An efficient running game will also consistently produce points. If not touchdowns, the 49ers are likely to be able to move the ball into field goal range with regularity. So now the question becomes, how will the Chiefs high-flying offense fare against the San Francisco defense?

Yes, of course, the Chiefs are scary as hell on offense. This is why I’m desperately waiting for a +3 to appear next to San Francisco. But the 49ers have an elite pass defense that ranked #2 defending the pass this year. The Niners are also light years better than the Chiefs two playoff opponents, the Titans, and the Texans, who each ranked in the bottom half of the league in pass defense.

The 49ers also get after the quarterback by rushing just four guys. And they do so effectively, ranking #2 in Adjusted Sack Rate. So, this allows San Francisco to put as many men as needed in coverage. While Tyreek Hill and Travis Kelce are still going to be incredibly tough to keep out of the endzone, if the Niners limit the Chiefs’ possessions and get after Mahomes, they have a good chance to win the game.

The Spread and Total

The total on this game has been skyrocketing, going from an opener of 51 up to as high as 55 before settling back down at 54.5. The problem with betting the total is that there is no value on the over, and while there is definite value on the under at 54.5, it’s incredibly easy to see this game getting to 60+ points.

The spread is equally as difficult to find value. When was the last time you saw a game stuck at the dead number of 1 or 1.5 for this long? There have been slightly more bets on the Chiefs, but the bigger bets have been on the 49ers. I’ve been waiting for a rush of public money to come in on KC to move the line, but now I have lost all hope of seeing the Super Bowl Line move to Niners +3.

While it’s painstakingly frustrating to wait, the nice thing is that even if the 49ers start to take money, there’s not much of a difference between Niners +1 or Niners -1. If the line doesn’t move much before game time, the bet I will play pre-flop is the 49ers money line. Then I’ll look to live bet the game. If KC goes up, I’ll gladly take a juicy number on San Francisco. And if the 49ers take an early lead, I’ll be happy to lock in a KC money line and hope to buy back another San Francisco money line later in the game.