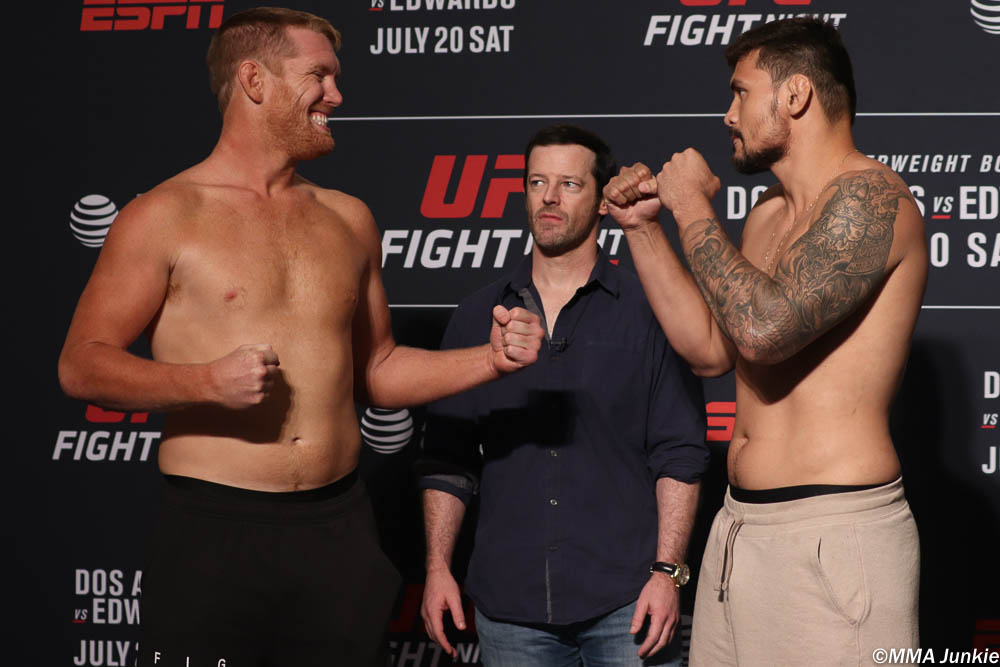 Sam Alvey (33-12) thirty-three years old takes on Abreu (14-3) twenty-six years old in a light heavyweight bout at 205 pounds Saturday night.  Alvey, a savvy UFC vet sports a 10-7 record in the organization. He wins 58% of his fights by knockout and packs a heavy punch. He has a total of 19 KO/TKO wins in his career and 3 wins by submission as well.  Sam has fought most of his career at middleweight but fought up at light heavyweight the past few fights and is on a two-fight losing skid in his new weight class. Both stoppages were controversial and a bit early in my opinion which has created of the underdog Alvey.

His opponent Abreu is a Brazilian Black Belt with 10 of 14 victories coming by submission.  I re-watched his last fight vs Magomed Ankalaev and Abreu showed a solid head kick in his debut and is a big guy for the division.   had his nose broken in the first round of that fight and was compromised the rest of the fight so it’s something to keep an eye on entering this matchup.

I suspect Alvey to swing early and often and attack the head and face.  Alvey has a two-inch reach advantage and always fights hard and almost never quits. Sam Alvey has only been submitted once way back in 2010 and Alvey has very good grappling skills and I suspect he’ll hold his own in the clinch and keep this fight standing.  Alvey has fought good competition throughout his career and is the more proven fighter up until this point.  Add it all up and we get the more experienced fighter at an underdog price. I’ll take that all day.  Take Sam Alvey +150 to cash Saturday night.

For more MMA and UFC betting information, check out our Betting Basics page.