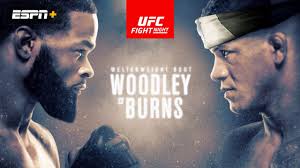 The fourth UFC event since the Coronavirus pandemic began is scheduled for the night of Saturday, May 30th. The card features a total of 11 bouts. There is a nice mix of veterans and up and comers on this card. Our free pick for this weekend’s card comes from the only Heavyweight bout of the evening.

Our co-main event of the evening is a Heavyweight bout between Blagoy Ivanov (18-3) and Augusto Sakai (14-1-1). Ivanov is the more experienced fighter and is four-years older than Sakai at 33. The Bulgarian Ivanov is coming off of a split decision loss to Derrick Lewis. Brazilian Sakai is on a three-fight win streak after his first-round knockout out of Marcin Tybura.

When this fight starts, you will notice one thing. Sakai is the much bigger fighter in this bout. He has a four-inch reach advantage and is also four inches taller than Ivanov. Also, he has about a 15-pound weight advantage on most nights as well. However, don’t sleep on Ivanov. In his career, Ivanov has never been knocked out, which is a very big accomplishment in the Heavyweight division when you have fought as many fights as Ivanov has. So while Sakai may be a bigger and more powerful guy, Ivanov’s chin will have no issue handling that power.

One thing the Heavyweight division lacks is cardio. The majority of these big guys struggle late in fights. Sakai is a big and powerful fighter who will rely on his knockout power. While Sakai is coming off of a 59-second knockout in his last fight, Ivanov has gone the distance in his last four fights, including a five-rounder. Sakai will likely tire himself out looking for a knockout, giving Ivanov a chance to counter this fight late and possibly get a knockout of his own.

Ivanov has fought with some of the best the Heavyweight division has to offer (Ben Rothwell, Junior Dos Santos and Derrick Lewis). This fight against Sakai will not be too big for him. So while Sakai may start this fight off better than Ivanov, look for the Bulgarian to turn this fight around after the first round as he wears down Sakai and either get the late-round knockout or gets the judges decision in his favor.