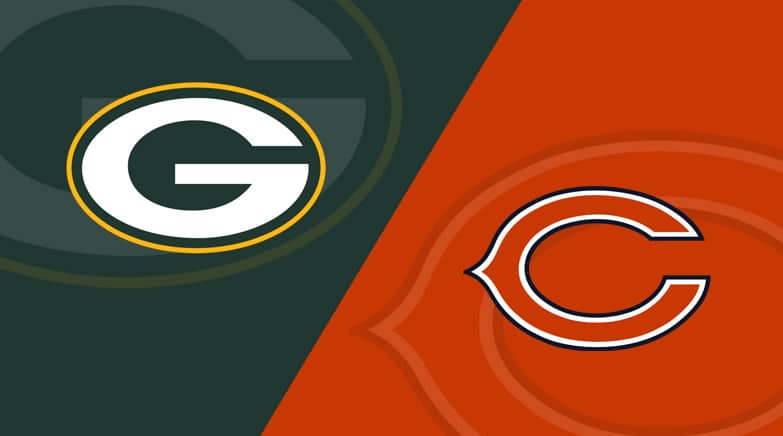 The 2019 NFL Season kicks off on Thursday, September 5th when the Green Bay Packers travel to Soldier Field to take on the rival Chicago Bears. The two teams met to open their seasons last year as well with the Green Bay Packers winning in comeback fashion, 24-23. This year’s game should be just as exciting and will showcase tons of talented players on both sides of the ball. Here is a game preview as well as some of the best bets to make on the first game of the 2019 NFL season.

Starting with the defense of the Chicago Bears, which is again expected to be one of the league’s elite defenses. As the year goes on they will almost certainly be one of the league’s top defensive units. However, they might be taking a step back this season. The departure of defensive coordinator Vic Fangio (now head coach in Denver) is going to hurt a little more than many would expect. Chuck Pagano is the new DC in Chicago and is inheriting a very talented group, but it will be hard for him to replicate the success of Fangio, especially in his first season. The Bears’ defense was so good last season that it will be almost impossible for them to improve this season.

We know the defense will be good this year in Chicago, it is almost inevitable. The offense will be what decides just how far this Chicago team will go in 2019. Mitchell Trubisky will need to take a big leap to the next level if he wants to be able to compete with some of the elite teams in the NFL.

Allen Robinson is a solid receiver on the outside. After him, the wide receiver position takes a bit of a hit. Anthony Miller and Taylor Gabriel are nice receivers to have in the slot and can make big plays at times, but can’t be counted on as legit WR2-WR3 options.

If defenses can focus on Robinson and force Gabriel and Miller to make the majority of the plays in the passing game, the Bears offense may become stagnant at times. As for running backs, the departure of Jordan Howard leaves a bit of a hole. Howard was a nice three-down option in the backfield and he made Tarik Cohen a nice change-of-pace back. Now that Cohen is the top back on the depth chart, his effectiveness will take a hit. Although, Nagy did admit that Cohen was overworked last season. The plan now is to cut back his usage this season. Regardless, losing one of the league’s top ten backs who averaged over 1,100 yards in three seasons is going to sting a little.

One thing has been common in Green Bay since the start of the Aaron Rodgers saga: No Defense! That has been the case for nearly every single season with Rodgers under center (except in 2010 when they won the Super Bowl). Last year the defense was again an issue and it seems the team has made a few improvements this offseason. The additions of Za’Darius Smith, Preston Smith, and Adrian Amos should put three new starters on the defense immediately. Packers first-round pick Darnell Savage seemed like a bit of a reach at the 21st pick at the time. But now he appears to be a big part of the Packers plans in 2019. If the Packers can play even average defense in 2019, this team should be able to make the playoffs with Rodgers. The defense has disappointed much of the last decade. Only time will tell if they really have improved enough this offseason to help out that offense.

Like the Chicago defense, the offense is the trademark for this Packers team. Rodgers is one of the league’s elite quarterbacks and gives this team a chance to win any game on any given night. Last year in the season opener against the Bears Rodgers injured his leg and all but ended his 2018 season. Since that injury in Week 1, Rodgers played most of the season injured and it affected his play.

The removal of Mike McCarthy as head coach is a huge win for this franchise and Rodgers especially. It was clear that McCarthy’s play-calling was an issue in Green Bay. Not only did it cause problems with Rodgers but it also limited the playmaking ability back Aaron Jones. Jones is poised for a big season in 2019. McCarthy shared a lot of the running back duties between the clearly better Jones and the inferior Jamaal Williams. Now under new head coach Matt LaFleur, Jones will have a chance to be the team’s number one back all season long. While that is a win for the Packers offense, it will all ultimately come down to how much freedom Rodgers is given to run the offense. In Green Bay, it all starts and ends with #12.

Many sports bettors will tell you that when it comes to betting on rivalries, spreads are difficult to bet. No matter how much one team is better than the other, the games almost always seem to be hard-fought and close-scoring. Spreads can be difficult in these types of games as they are often misleading. In the case of the Packers/Bears game, a three-point spread is a little too close to call in Week 1 (especially with both teams having trouble with kickers). While the spread may not provide any great options, the total does.

The total appears to be around 46.5 for most of the major sportsbooks. With an elite Bears defense and an improving Packers defense, the UNDER seems like a solid option. Add in the fact that the Packers have a new head coach and that the Bears offense lacks depth, points could be at a premium in this one. Under 46.5

When it comes to prop betting, one of the most interesting ones is the “To Score 2+ Touchdowns”. On FanDuel, Aaron Jones comes in at +1000 odds (third-best). Jones is now the clear number one back in Green Bay. The thought of him getting two touchdowns seems very possible. Jones will undoubtedly be the featured back on the ground. Aaron Rodgers will certainly be throwing the ball his way a lot in Week 1. He won’t have much of a choice thanks to the pressure of Khalil Mack and the Bears defense. Jones did manage two touchdowns in a couple of games in the second half of last season. Under this new Packers offense, Jones should have plenty of opportunities to put together touchdown game. Aaron Jones to Score 2+ Touchdowns+1000

If the Bears are going to win this game, Trubisky will probably have to be the reason why. The Packers defense should be able to contain the run well enough to force Trubisky to make big plays. (The Packers defense has done better against the run than the pass in recent years).

The same could be said about Rodgers. If the Packers want to be able to beat this Bears defense, Rodgers will probably need a big game. Davante Adams is expected to be one of the league’s top receivers this season and should put together a big game. (He averaged over 100 receiving yards against the Bears last season). In today’s NFL, teams pass the ball a lot more than run it. (Seahawks were the only team last season that ran more than threw). I like both quarterbacks to put up big yardage this one and cover their respective projected passing yard totals. Mitchell Trubisky Over 235.5 Passing Yards and Aaron Rodgers Over 264.5 Passing yards.

For more picks, head on over to our Free Picks page.