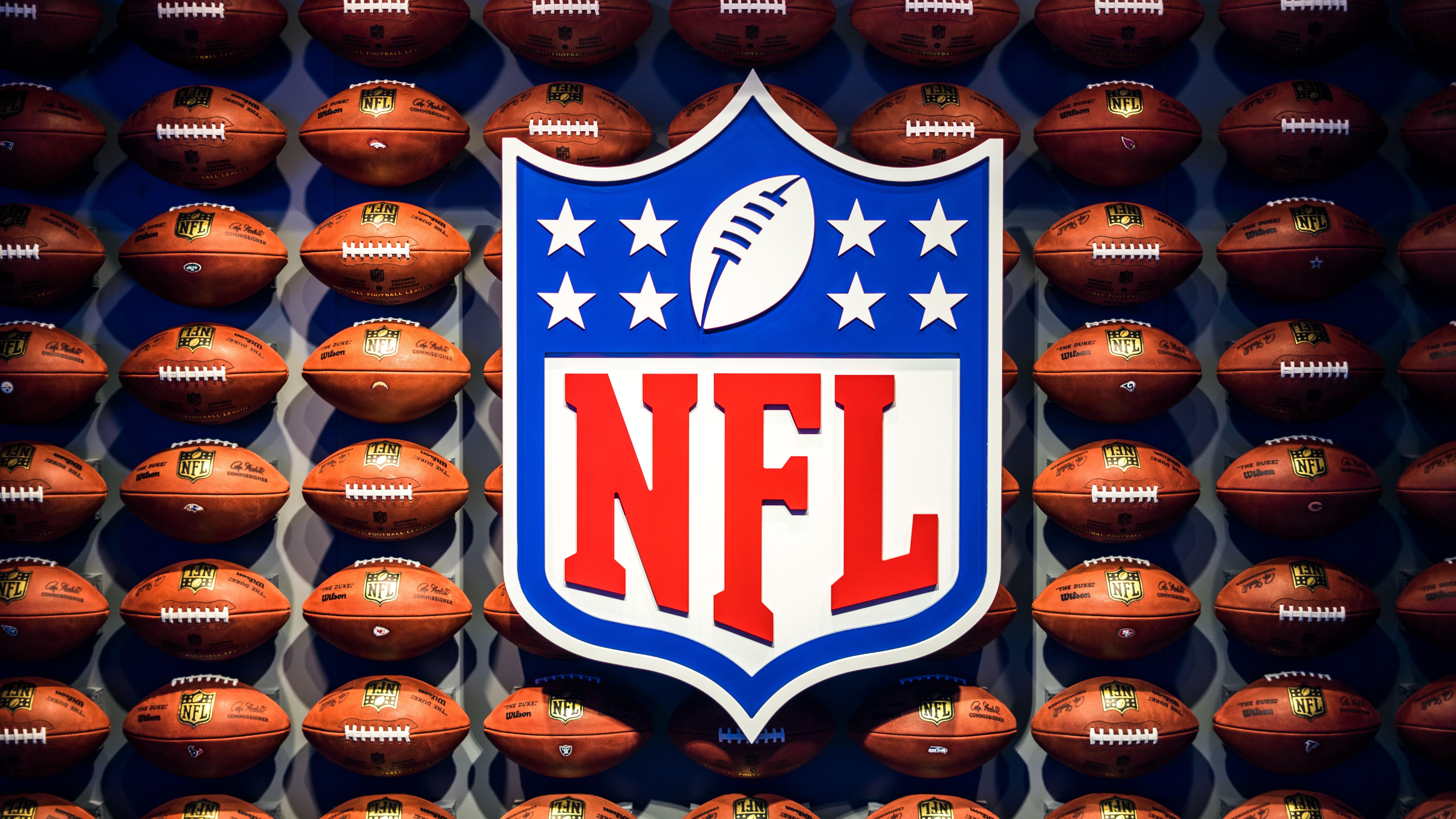 Before the first games of Wild Card Weekend are played, let’s take a look at the NFL Playoffs Power Rankings. Below we’ll go over each team’s strengths and weaknesses in depth. Next to each team’s name will be their record and odds to win the Super Bowl per the FanDuel Sportsbook. We’ll also show each team’s record against the spread in the regular season.

No surprise here, as Baltimore has clearly established itself as the best team in the league heading into the playoffs. The Ravens are the only team to rank in the top five of DVOA for both their offense (#1) and their defense (#4). On top of that, their special teams rank #10 overall.

We all know Lamar Jackson is a freak, but you may not have realized just how good the Ravens defense has become. Although they rank 4th overall on defense and rank 4th defending the pass, the Ravens can be vulnerable to running teams. Against the run Baltimore ranks just 19th. The problem for opponents is that the Ravens offense is so good, they have no choice but to pass the ball.

The Ravens were also the 7th best team against the spread this season. They went 10-6 ATS, and lead the league in the average margin at +10.2 points per game. This is a behemoth to fade at your own risk.

If the Titans were to beat the Patriots in round one, they would be the Ravens next opponent. Otherwise, the Ravens will play the winner of the Bills at Texans.

Some will argue that this spot should go to the San Francisco 49ers. And it’s hard to argue against San Fran. However, the trump card in this comparison is Patrick Mahomes. Despite playing through multiple injuries during the season, Mahomes still finished just barely behind Lamar Jackson in QBR at 76.4.

Kansas City was the #1 team per DVOA in 2018, and all they’ve done is significantly improved their defense. If it wasn’t for how historically good Baltimore is, Kansas City would be #1 for the second straight year. The Chiefs defense ranks 14th in defensive efficiency. And similar to the Ravens, they excel against the pass, ranking 6th overall.

Kansas City is much more vulnerable defending the run. But again, good luck getting a lead on these guys. The Chiefs went 10-5-1 ATS on the season, and only the Saints had a better record against the spread. Kansas City will have to face the Patriots in their first game assuming New England beats the Titans. If not, they will play the winner of Bills at Texans.

Another argument could be for New Orleans in this position. But the 49ers are the only team in football other than Baltimore with two top-seven units. The Niners are also trending in the right direction on offense, and have played much of their season without George Kittle and Emmanuel Sanders.

When those two players are on the field, the 49ers become one of the most balanced offensive attacks in the NFL. Sanders was a midseason acquisition, and Kittle missed a lot of time due to injury. And with those two on the field, Jimmy Garapollo has put up a QBR of at least 70 in four of his last six games.

In fact, Garapollo did not put up a QBR below 52 the entire season. With 50 representing average, as QBR is on a scale to 100, that is an impressive feat that not many quarterbacks can claim.

On defense, the 49ers rank #2 overall and like the two teams above them, they excel against the pass where they also rank #2. Against the run, San Francisco has improved throughout the season and ended the year ranked 11th.

The clincher for the 49ers as at minimum the #3 power rated team heading into the playoffs is their running game. Only Baltimore likes to run the ball more, and San Fran has a stable of three running backs that all have been used equally and effectively throughout the season. This is a complete team that no one wants to face.

Overall, San Francisco was 9-6-1 against the spread this year, good for 60-percent ATS. As the #1 seed in the NFC, the Niners will face Minnesota if they can pull off the upset at New Orleans. If not, San Francisco will host the winner of Seahawks at Eagles.

While you could argue the Saints as high as #2, I can’t put them that high because I don’t have enough faith in their defense. Overall, the Saints D ranked 11th in defensive efficiency. That’s three spots higher than the Chiefs. However, while the three teams ahead of them excel vs. the pass, through the air is where New Orleans has been most vulnerable.

In the playoffs, everyone has a good quarterback. If a team wants to pass all day and sprinkle in some runs, they may be able to get away with it. And it’s also fair to say that the Saints are more likely to get into a shootout with another team. So, while their rank of #5 defending the run is impressive, I’d prefer a team that is better at shutting down a passing game.

The Saints excelled against the spread in 2019, leading the league at 11-5 which was good for 68.8-percent ATS. Their ATS record in 2019 may have led to them being a little overvalued for their Wild Card matchup hosting the Vikings. Eight points is a lot to be giving up to a very solid Minnesota squad.

Speaking of that Minnesota squad, I’m bullish on them and suggested betting them to win the Super Bowl a couple of weeks ago at +2500. If you took that advice, I apologize because, with their matchup against the Saints, that number has now gone up to +4000. However, if they do pull off the upset, I’d expect the number to go well below +2500.

The reason for liking the Vikings so much is the fact that they have a top ten offense, combined with a top ten defense. And there are only two other teams that can make that claim: the Ravens, and the 49ers.

Kirk Cousins is probably the main reason to want to fade Minnesota, and I can’t blame anyone for thinking that. However, consider his 26 TD to 6 INT ratio, as well as a 69-percent completion ratio, and I think we need to reconsider how good Cousins can be. He’s had an up and down season, but it’s been mostly up.

On defense, Minnesota is top ten at both defending the run and defending the pass. Overall the Vikings were just 9-7 ATS and again, that could have something to do with them being 8-point underdogs at New Orleans this weekend.

Green Bay has to be one of the least respected 13-3 teams in recent memory. And that is surprising to think, given that their quarterback is Aaron Rodgers. However, it seems the general public is wise to the fact that Rodgers simply isn’t as good as he used to be. With that said though, Rodgers is as clutch as they come, and you do not want to hand him the ball with less than a 9-point lead at the end of the fourth quarter.

Per QBR though, Rodgers ranks behind the likes of Baker Mayfield, Jameis Winston and Daniel Jones at just 50.8 on the season. That puts him in the bottom half of the league, despite a sparkling 26 TD to 4 INT ratio. Luckily for the Packers offense, running back Aaron Jones has been a revelation, and Rodgers still has a legit #1 wide receiver in Davante Adams.

On defense, the Packers fall into the same club as some of the elite teams, defending the pass (#10) better than the run (#23). While you wouldn’t say the Packers are elite against the pass, they do have two elite pass rushers.

Many other power rankings likely have the Patriots much higher, but I think this ranking might even be a bit too generous. It’s hard to have any faith at all in a team that just lost to the Miami Dolphins in a game that would have given them a first-round bye. While the Patriots will get to play at home against the Titans, I’m sure Tennessee is licking their chops right now at a chance to knock off the GOAT.

The Patriots ended the regular season 8-7-1 ATS and are favored by 5 points at home against the Titans.

The Titans success post-Tannehill has led them to a #6 overall ranking in offensive efficiency. Derrick Henry running like an absolute beast hasn’t hurt those numbers, as the Titans rank #5 in rushing efficiency.

On defense the Titans aren’t quite as scary, ranking #16 overall. Tennessee was just 8-7-1 ATS in 2019, but +5 points at the Patriots is more than a little tempting.

Buffalo gets the job done on both offense and defense, but it’s clearly the defense that has brought them to the playoffs. The Bills rank #6 overall in defensive efficiency, and as a common theme for these playoff teams, they are elite against the pass ranking #5.

On offense, the free-agent acquisitions of John Brown and Cole Beasley have paid off immensely. But the Bills still lack a true #1 target. However, they have found themselves a #1 running back in Devin Singletary.

The Bills were 9-5-2 ATS in 2019 and are either +3 with heavy juice, or +2.5 with no juice depending where you look. I’d suggest buying it up to +3 and I like the Bills chances against the Texans this week.

The Seattle Seahawks are elite on offense because of their elite quarterback and an elite running game. However, that running game has taken a hit with Rashaad Penny out for the season. The starter, Chris Carson, hopes to play this weekend but is questionable.

To say the Seahawks will go as far as Russell Wilson will carry them is not exactly fair. The Seattle defense will have to step up for them to get through multiple playoff games. Ranked 18th in defensive DVOA, Seattle has the worst defense of the teams in the playoffs.

Overall, Seattle was an uninspiring 7-8-1 ATS in 2019. Despite that, they are 1.5-point road favorites at Philadelphia.

The Texans have Deshaun Watson, DeAndre Hopkins, and a whole lot of meh supporting them. Houston will go as far as their offensive line will carry them, which isn’t likely too far.

Houston was just 7-8-1 ATS in 2019 and money is coming in against them hosting the Bills on Saturday. The spread opened at Texans -3 but has been bet down to -2.5 in some areas.

The Eagles made it to 9-7. They avoided the embarrassment of winning a division without a winning record. But now their home underdogs on Wild Card Weekend.

Carson Wentz has done a valiant job without his top wide receivers and missing key pieces to his running game. However, how much do the Eagles have left?

The key to Philly winning against the Seahawks will be their elite defensive line which ranks #3 in adjusted line yards against a sub-par Seattle offensive line.