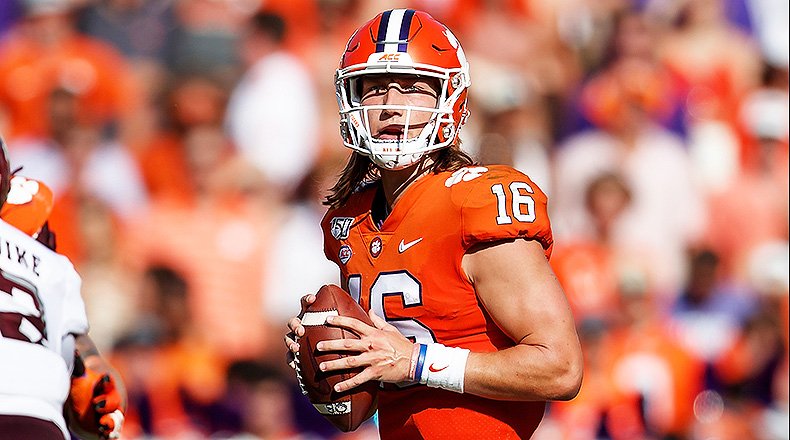 LSU comes into the National Championship game as the darling of college football. They’re the #1 ranked team in the country by the polls. They have the best offense in college football. And they’re led by the Heisman Trophy winner and likely #1 overall pick in the draft in Joe Burrow. It’s no surprise then, that LSU is the betting favorite.

But should they be favored by significantly more than a field goal? A 5 to 5.5-point spread is a dead number in the sports betting market, as it’s right in the middle of key numbers. It’s a spread for the sportsbooks to ask the betting world which direction the line should go. So far, the public has had their say. But in response, the line has barely budged.

Of course, the National Championship game is being played at a neutral site. But that “neutral site” is smack dab in LSU’s backyard as the game is being played at the Superdome in New Orleans. It’s not as though Clemson fans aren’t going to travel the relatively short distance from South Carolina though. So, while LSU should get a point or two for the venue, it shouldn’t be worth a full field goal or more.

When LSU’s offense takes the field, it will be as pure of a strength-on-strength matchup as we’ll see all year long. Which is what we expect and deserve for a National Championship game. While LSU has arguably the #1 offense in college football, Clemson can claim the #1 defense in America per Football Outsiders. And it’s not close either, with Clemson very clearly above #2 Ohio State.

Looking at Football Outsiders FEI ranks, LSU actually came in just behind Alabama for the top offense. They’re followed by Ohio State, Oklahoma, and then Clemson.

LSU’s firepower is in the passing game, with Joe Burrow doing most of his damage with his top two targets: Ja’Marr Chase and Justin Jefferson. Chase led the team in yards with 1,559 on 75 receptions. Jefferson led the team in receptions with 102 for 1,434 yards. So, the question to answer is does Clemson have players in the secondary that can match up with these elite receivers?

According to some, this is the best group of secondary players that Dabo Swinney has ever coached. So, the answer should be yes, they “should” be able to defend against this receiving crew. But LSU goes much deeper than just Biletnikoff award winner Chase and record-setting Jefferson. Thaddeus Moss is a 6-3 250 pound beast at tight end and the son of Randy Moss. LSU also has Terrace Marshall, Jr. who accrued 12 touchdowns on 645 yards and 43 catches while missing three games.

But Clemson combats those players with elite defenders of their own. Hybrid linebacker/safety Isaiah Simmons is a projected top-10 pick in the NFL draft and should match up well against tight end Moss. Cornerback A.J. Terrell is projected as a second-round pick, and strong safety K’Von Wallace is rated as a top-10 safety in the upcoming draft. Opposite of him, free safety Tanner Muse may also play on Sundays.

While the Clemson secondary may not be as loaded with elite talent as the LSU receivers, they appear more than capable of holding their own if the defensive line can get home. And luckily for them, the Clemson defensive line looks as good as it ever has. Clemson ranks 7th overall in line yards on the D-line, and 4th overall if you only count Power 5 teams. Clemson also ranks 3rd in sack rate overall and #1 in standard downs sack rate. Where they fall off a bit is in passing downs sack rate at #16.

When it comes to quarterbacks, although Joe Burrow is the likely #1 overall pick, Trevor Lawrence is viewed by most as a better passing prospect. And when it comes to running the ball Lawrence is the clearly superior player. On the season, Lawrence is averaging 5.5 yards per carry, totaling 514 yards and 8 touchdowns. One of those touchdowns was an impressive 67-yard run against Ohio State last week.

Similar to Burrow, Lawrence is also blessed with a pair of elite wide receivers. At 6-4, 200 pounds, Tee Higgins is projected as a first-round pick in the upcoming draft. Meanwhile, fellow 6-4 WR Justyn Ross is currently projected as a top-3 pick in the 2021 NFL Draft.

LSU, of course, has plenty of talent on defense to match up with Clemson. Safety Grant Delpit will be a top-20 pick in the upcoming draft. Others on LSU that should be picked in the first few rounds of the draft are cornerback Kristian Fulton, and linebacker Jacob Phillips. And in the 2021 draft, defensive end K’Lavon Chaisson is currently projected as a first-round pick.

Overall, LSU’s defensive line is disappointing when you dive into the stats. They rank a respected #20 in line yards but are much worse when it comes to sack rate. In that category, they rank 96th on standard downs and 44th in passing downs.

LSU looks even worse when compared to Clemson’s offensive line. Clemson’s O-line ranks #1 in line yards, #2 in stuff rate and #4 in sack rate. Although, they do rank 26th in passing down sack rate, so they aren’t perfect.

The look-ahead line on this game at many shops in Vegas was LSU -1 or pick’em and the opener varies depending on what source you look at. Some show an opener of 4.5, while others have it as high as 6. While the spread has touched 6, any sixes have disappeared almost immediately. So, what has changed to adjust the line so much? Yes, LSU looked great against Oklahoma, but it’s clear Oklahoma was not on the same level as Clemson, LSU or Ohio State.

Personally, I don’t understand how the line is this high. We have two elite units going at it with LSU’s offense vs. Clemson’s defense. But on the other side of the ball, it appears Clemson’s offense should have more of an advantage against LSU’s defense. Even giving LSU 2-points for home field, this line should be much closer to LSU -1 than -6.

With the majority of tickets on LSU, you’d think the line would have moved up to 6 for more than a hot second, but it’s still sitting at 5.5 almost anywhere you look. This indicates either sharp action on Clemson or sportsbooks knowing that smart money will come in hard on Clemson if they were to raise the spread up to the key number of +6.

The Pick: If I can buy the half point and get Clemson at +6 for less than -120, I’ll gladly take it. Also, at nearly double your money, I think you have to sprinkle something on the Clemson money line which is +180 or better everywhere you look.