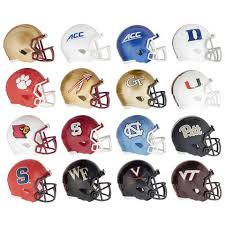 College football win totals are out and more importantly, so are schedules. When it comes to line shopping, future win totals are among the most important to shop around for. So for those of you located in Las Vegas, like Brandon, you have the pleasure of shopping dozens of books to try and find that half-game in your favor. Make sure you take advantage of that luxury and get yourself the best odds and lines.

For the totals used in this article, and all future college football win total articles, we will be using DraftKings. Each week I will do a new conference until we cover all the FBS conferences. First up, the Atlantic Coast Conference.

Notes: Losing AJ Dillon will be a big hit for Boston College. It is hard to see them winning at least six games this season with their schedule. Holy Cross is perhaps the only game I would be confident in Boston College winning. Their games against Ohio, Kansas, and Purdue are borderline 50/50. The same could be said with NC State, Wake Forest and Syracuse. At best, they go 3-3 in those six games. I see four wins as their realistic ceiling this season.

Notes: Clemson would have to go 12-0 this season to reach the Over. While that is certainly possible, the safer bet is on the Tigers slipping up at least once. Notre Dame will certainly be their biggest test and that will be a road game too, so the odds are that is where they falter if at all. Clemson has two potential Heisman winners in Trevor Lawrence and Travis Etienne. Expect a lot of high-scoring blowouts for the Tigers this season.

Notes: Duke should start their season out 3-0. However, their season will start to go downhill fast. While they could certainly get a couple of extra wins against NC State, Wake Forest, or Virginia, I think they are overmatched in the remaining part of their schedule (aside from GT). Seven wins is their best possible scenario and that seems like a hell of a stretch. Instead, I think they fall on the road to NC State, and lose at home to both Virginia and Wake Forest.

Notes: After a disappointing season that saw Florida State fall short of being bowl eligible, the Seminoles should rebound with a decent enough season that sees them not only make a bowl game but also hit eight wins. Florida State has a tough schedule this season, including two tough non-conference opponents in Boise State and Florida. Florida State could realistically win 10 games this season with some luck but I am confident in their ability to win at least eight.

Notes: Georgia Tech was supposed to move on from the triple-option last season under new head coach Geoff Collins. However, they didn’t really seem to do that. Their offense last season was very similar to their traditional triple-option offense but actually less effective. The Yellow Jackets will be bottom feeders in the ACC again this season and aside from Gardner-Webb, I don’t see them winning any other games. Two wins is probably their ceiling if they can put together a big game against a middle of the pack team.

Notes: Louisville is going to take a step back this season after going 8-5 last year. They should be about a .500 team this season and I think that is exactly where they will end up at 6-6. Two easy wins against Murray State and Western Kentucky and two almost certain losses to Clemson and Notre Dame. A 4-4 record against the rest of their schedule seems more likely than a 5-3 run. Even 3-5 with a loss to Kentucky seems more likely than the Cardinals getting seven wins this year.

Notes: I feel that nine games here is right on the money. Miami is in for a big season and they have a good shot to represent the Coastal in the ACC Championship Game this season, with Virginia Tech being their biggest competition. While I have it as a push, I would lean more towards the Over than the Under if I had to choose. No Clemson and a weak non-conference schedule, Miami could certainly see double-digit wins this season.

Notes: Like Louisville, I’m seeing a .500 season for the Wolfpack this year. Three should be wins against Troy, Delaware and Liberty, I like NC State’s chances of winning three more games on top of that. Boston College, Duke, Wake Forest, Louisville and Syracuse will all be close games and could go either way but I’ll take NC State in at least three of them.

Notes: I like Pitt to get four comfortable wins against Miami Oh, Marshall, Richmond and Georgia Tech. I think they are also the type of team that could pull off the upset over Miami FL. Aside from maybe Notre Dame, I expect Pitt to be in every game. A tough team that plays very good defense can take it to any team on any given day. Aside from those four expected “easier” wins, my money is on Pitt to go at least 3-5 against their remaining schedule.

Notes: The projected win total for Syracuse is set at six games. I like them to cover that by a full two games. The Orange are always a tough team at home. The only team I see beating them at the Carrier Dome is Florida State and I could even see them winning that game as well. So a 5-1 home record, add on wins against Boston College, Rutgers and Western Michigan, six wins shouldn’t be an issue for the Orange this season.

Notes: North Carolina is going to be a big player in the ACC for years to come. They have the nation’s second-best recruiting class this year. They have a couple of tough games to start the season at UCF and against Auburn. Virginia Tech and Miami will also be good games too. Aside from Auburn, this UNC team could win as many as 11 games. However, I think nine is a more realistic number. Either way, I like the Over in this one.

Notes: After a 9-5 season, Virginia will be in for a down year. Clemson and Georgia are almost certain losses and Miami FL, UNC and Virginia Tech are also too talented for Virginia. It may be a little too optimistic to think the Cavaliers will go 7-0 against the rest of their schedule. Four should be easy wins and even if they go 2-1 against Louisville, Pitt and Duke, we get a push. I still like the Over as the Cavs could steal one against Miami FL, UNC or Tech.

Notes: Aside from Penn State, Virginia Tech has an easy start to their season. That game against the Nittany Lions will show how good this team really is or isn’t. The rest of their schedule isn’t bad either as only a few teams should be able to challenge them (UNC, Miami FL and Pittsburgh). I see double-digit wins for the Hokies this season as they edge out Miami FL and UNC for the Coastal title to take on Clemson in the ACC Championship Game.

Notes: The Appalachian State was a toss-up for me. The only games I really see Wake Forest as a clear winner is Old Dominion and Villanova. Notre Dame and Clemson are sure losses with Miami FL and Florida State also being too tough for the Demon Deacons. I could see this team winning as many as eight games or as few as two if everything goes wrong. I’d avoid this one as six seems to be dead on.