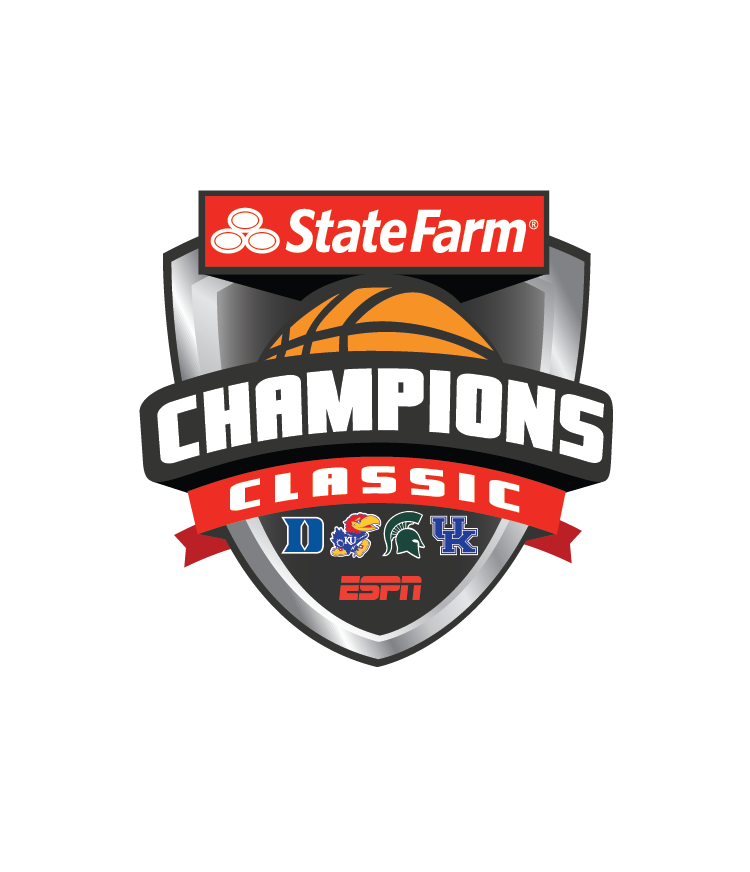 Men’s college basketball begins on Tuesday, November 5th. Now almost every day going forward between today and the start of March we get a chance to watch and place bets on college basketball. 19 of the 25 ranked teams are in action today but two games stand out the most. The State Farm Champions Classic gives us a #3 vs #4 and a #1 vs #2 matchup. The first night of college basketball features some of the biggest games we will see all season and gives us an excellent chance to cash in some big money to start the season.

The first matchup of the Classic features the Kansas Jayhawks and the Duke Blue Devils (7:00 PM EST on ESPN). Currently, the line is sitting at Kansas as the small one-point favorite.

Kansas is the more experienced team in this matchup and the return of senior Udozka Azubuike is a big boost to this Jayhawk team. Guard Devon Dotson will also be a big part of the success of this Kansas team this season. The Jayhawks are currently on a three-game Champions Classic winning streak. Despite trailing the overall series 5-7 against Duke, the Jayhawks have won the last three games in this series.

With the departure of their three biggest players (Zion Williams, Cam Reddish, and RJ Barrett), many would expect Duke to take a step or two back this season. That won’t be the case for a Duke team that was once again in the top five in recruiting this year according to Rivals.com. The Blue Devils tied the Kentucky Wildcats for most five-star recruits this past offseason with three. Despite the departure of “The Big 3”, Duke will be returning some key players in guard Tre Jones and forward Javin DeLaurier.

Typically in a game this early in the season with two teams as evenly matched as these you would want to go with the more experienced team, which would be Kansas. However, I like the way Tre Jones played last year and even though he is just a sophomore, he will carry himself as one of the veterans on this team. His leadership and skillset will help propel this young Duke team. Coach K has a bit of an advantage in that Kansas and coach Bill Self don’t know what to expect out of these young freshmen from Duke.

Coach K admitted that he expects to put a lot of players into this game which will keep legs fresh and Kansas guessing. A deep Duke team with some of the most talented freshmen in the country should be able to get a win in this game. Tre Jones will be the catalyst for the Blue Devils and he should have the type of game that immediately puts him on the Wooden Award and Naismith Defensive Player of the Year watch.

The second game of the Classic matches up the Michigan State Spartans and the Kentucky Wildcats (9:30 PM EST on ESPN). Michigan State enters the season as the #1 team in the country and is certainly deserving of that honor. Kentucky had another big recruiting year as they trailed only Memphis in the Rivals rankings. Michigan State was 30th in recruiting this past season but their team was in a lot less need of incoming freshmen compared to Kentucky. The Wildcats lost PJ Washington, Tyler Herro, and Keldon Johnson to the NBA Draft (all first-rounders). Michigan State is returning the majority of their starters this season.

Kentucky’s three biggest players this season will be Ashton Hagans, EJ Montogmery, and Tyrese Maxey. Maxey is a freshman while the other two are sophomores. We have seen a lot of young talented Kentucky teams over the years but they all seem to have growing pains early in the season. Against an experienced Michigan State team coming off of a Final Four appearance last season, I expect Kentucky to struggle throughout a large part of this game.

The Spartans are returning one of the countries best players in Cassius Winston. The loss of Joshua Langford until at least January due to injury is certainly a big loss. However, this Spartans’ team is talented and deep enough to fill the void he represents for most of the season. Xavier Tillman and Aaron Henry are two other players to keep an eye on for the Spartans this season.

While I do favor the younger Duke team over Kansas, I like the experience and talent of Michigan State over the younger Kentucky team in this game. Coach Tom Izzo is one of the best coaches in the country and he will know how to have this team prepared for John Calipari’s Wildcats. Michigan State lost to Texas Tech in the Final Four because of the Red Raiders elite defense. I don’t see this Kentucky team being very defensive heavy, especially early in the season.

The young Wildcats will want to play fast-paced and aggressive. The experienced players from Michigan State should be well equipped to handle Kentucky. The spread is -3 in favor of the Spartans and while that may seem high for a #1 vs #2 matchup (especially for the first game of the season and on a neutral court), but the Spartans are the real deal this season. Even without Langford, this Spartans team is the best team in the country and I expect them to pull away late in this game.