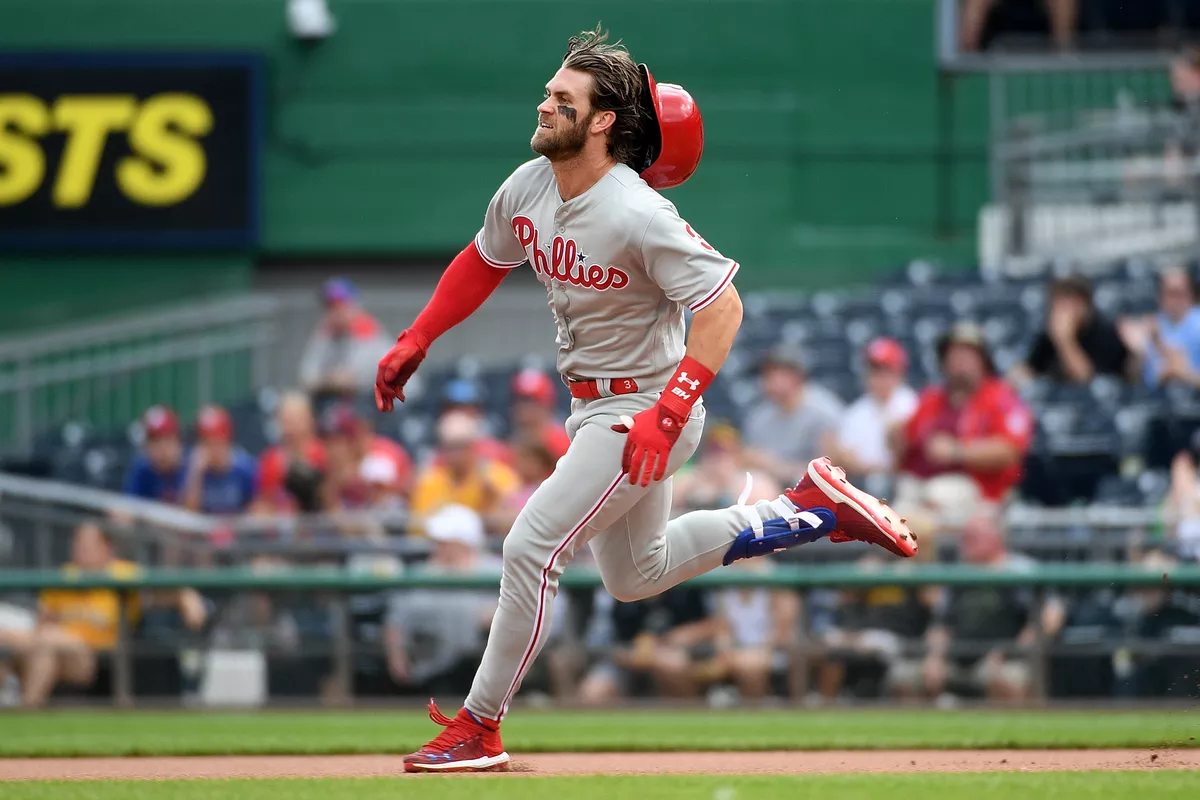 Let’s start off the NL East win totals with one team that I’m eager to fade, and another that is tempting to invest in. The Atlanta Braves and the Philadelphia Phillies should both be competing for the National League East title. The Braves were the runaway winners in the East a year ago, while the Phillies “won the offseason” and then completely flopped on the field. But despite the disparity in 2019, I believe these two teams will have similar win totals in 2020.

The Braves have outstanding star power, led by phenom Ronald Acuna at the top of the lineup, followed by fellow stud Ozzie Albies, and rounded out by superstar Freddie Freeman. So it’s understandable that this team should have high hopes heading into 2020 after a 97-win season in 2019.

However, Atlanta’s expected record a year ago was 91-71. So it makes sense that the oddsmakers have set the Braves win total in 2020 at 91.5 games. But should the Braves be as good this year as they were last year?

Reasons to think that they will be as good would be continued growth from Acuna and Albies. A strong case that they won’t be as good is losing third baseman Josh Donaldson and his 4.9 wins above replacement in 2019.

To help fill that lost production the Braves brought in Marcel Ozuna in the outfield. But for as solid as his bat can be, his glove has always been lacking. Ozuna put up 2.5 WAR in 2019 and we should expect a similar output in 2020.

Donaldson’s actual replacement at third will be Johan Camargo to start the season, although Austin Riley could force his way into the lineup eventually. Camargo had a -0.5 WAR in 98 games last year, although he was worth 3.3 in 2018. Austin Riley set the world on fire in his initial call-up but finished the season with a 36.4% strikeout rate compared to a paltry 5.4% walk rate.

It’s possible that the Braves won’t lose any production overall with their starting lineup, but I think the more likely scenario is they take a step back without Donaldson.

I expect regression in the Braves starting rotation as well. Of the Braves four starters returning from last year’s team, three of them outperformed their expected stats. And the fifth, Felix Hernandez, put up a 6.40 ERA in 71.2 innings in 2019.

Here is the Braves rotation with innings pitched, ERA, and peripherals from 2019:

The Braves have a quality 1-2 with Mike Soroka and Max Fried, but the rotation falls swiftly off a cliff after those two. And if we look just at my favorite ERA estimator SIERA, only one pitcher in the Braves rotation, Max Fried, was under 4.00 last year.

Although I expect the Braves starting rotation to regress, they added a quality piece to their bullpen in signing former Giants closer Will Smith. But for as good as Smith was in 2019, his production only equated to 1.2 WAR.

I’m taking the UNDER 91.5 on the Braves win total. The Braves offense was third in the NL with 855 runs scored last year and I expect that total to regress. At the same time, it seems clear that the Braves starting rotation will also regress. With a shrinking run differential, and 91 expected wins a year ago, the Braves UNDER 91.5 wins is one of my favorite win totals bets this season.

I fell for the Phillies a season ago, taking their OVER 87.5-win total and the bet was a clear loser before the season was even halfway finished. The Phillies ended up at 81-81 with a -20-run differential pushing their expected win total down to 79-83.

In the offseason last year the Phillies signed Bryce Harper, and traded for both Andrew McCutchen and J.T. Realmuto. They added these pieces to a team that won 80 games the previous season, and seemed to have an up-and-coming starting rotation. McCutchen ended up missing half the season, Aaron Nola had the worst full season of his career, and sleeper starter Nick Pivetta became the worst pitcher in baseball.

At the same time, Nola had a career-high 10.19 K/9 and Bryce Harper had a quality debut, amassing 4.6 WAR with a 125 wRC+. Realmuto was even better, topping his 4.9 WAR in 2019 by delivering 5.7 wins above replacement. The Phillies have the star power, but have they figured out the rest of their roster?

The Phillies most significant move of the offseason was upgrading their manager, moving on from Gabe Kapler and hiring Joe Girardi. Philadelphia also added Didi Gregorius to play shortstop, moving Jean Segura over to third. Gregorius averaged 4.4 WAR from 2017-2018 but his 2019 season was shortened by injury and his numbers were hurt by some bad batted ball luck.

Philadelphia also paid up for one of the best free agent starting pitchers, Zach Wheeler, handing him $118 million over five years.

The Phillies have a deep lineup with upside in the bottom half. Realmuto is the perfect table-setter, and Rhys Hoskins should bounce back from a down 2019. Scott Kingery has the potential to be a 20HR/20SB guy and Gregorius injects more power into the lineup. Even Jay Bruce and Adam Haseley at the bottom could put up above-average seasons offensively.

The Phillies are going to score runs, the question is how well will they prevent them?

Let’s do the same starting rotation breakdown with the Phillies as we did the Braves by comparing their innings pitched and ERA total to their ERA estimators:

It’s interesting to see how divisive Wheeler’s FIP and SIERA are, but no matter which of those numbers is most accurate, he presents a clear and necessary upgrade to the Phillies starting rotation. Pitchers that can throw 200+ innings, strike out 200+ batters and keep their ERA below 4.00 are becoming increasingly harder to come across. For comparison, the Atlanta Braves could realistically not have a single pitcher throw 200 innings and have an ERA below 4.00, much less put up 200 strikeouts.

Gone is the failed Nick Pivetta, as the Phillies rotation is filled out by Vince Velasquez and Zach Eflin behind Jake Arrieta. Arrieta has seen his ERA rise by at least 0.43 points in every season since his insane 2015 season with a 1.77 ERA in 229 IP. Zach Eflin should more realistically be the #3 given his success last year, and Vince Velasquez remains a massive question mark. Overall though, the addition of Wheeler and some positive regression for Nola would make this a much better rotation than last year’s version.

If Philadelphia needs pitching reinforcements mid-season, Spencer Howard has the makings of at least a future #2 starter and excelled at Double-A last year.

Asking the Phillies to win 85 games does not seem like a tall task given this roster. The Phillies made improvements on offense, defense, and at manager in the offseason. So I am confidently taking the OVER 84.5 win total for the Phillies.