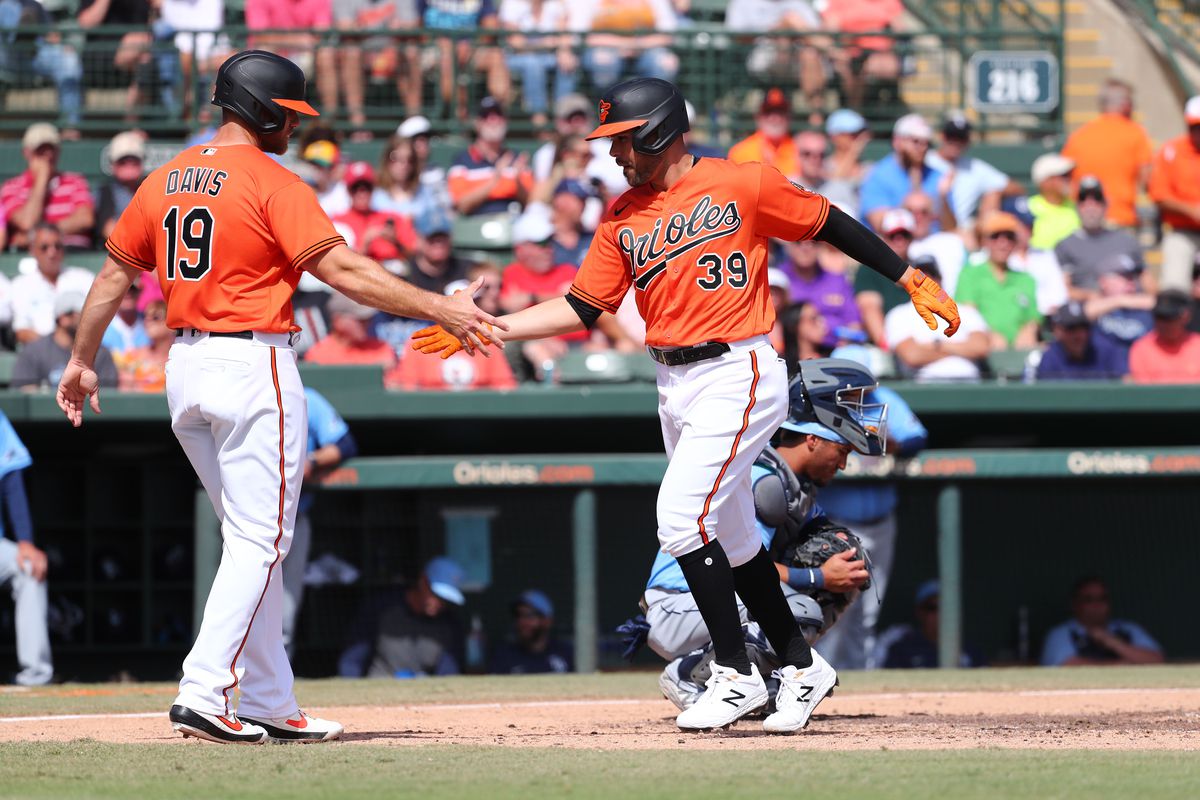 A near-lock to be AL East cellar dwellers once again, the Baltimore rebuild continues to slog along at a snail’s pace. But is there value the Orioles win total which can be found as low as 56.5?

While the Orioles were still abysmal in 2019, their 54 wins was an increase of seven over the previous season. So the question becomes, can the Orioles improve by three wins this season to reach 57?

PECOTA is projecting the Orioles for 62.5 wins. A year ago, the projection service marked the O’s down for 59 wins. If Baltimore was to fall short of PECOTA’s projection by two wins again this year, they would still comfortably clear their win total of 56.5. But is that enough reason to bet on the OVER? I’m not so sure about that.

The Orioles will be running out a similar lineup this year, with one key exception being Jonathan Villar’s waiver claim by the Miami Marlins. Villar was one of the few productive players on the Orioles, putting up a career-high 4.0 WAR in 2019. The Orioles replaced Villar with Jose Iglesias, who they signed for one year and $3 million. Iglesias is a contact-oriented hitter with an excellent glove and was worth 1.6 wins above replacement last year. He has averaged 1.98 WAR per year over the past six seasons, so in a vacuum, we can factor in the loss of Villar as a two-win downgrade for the Orioles.

One of the players who could fill in the two-win gap for Baltimore is rookie outfielder Austin Hays. Hays was ranked as high as the #21 prospect in baseball heading into the 2018 season. He fell out of the rankings after a disappointing 2018 season, but made his Orioles debut last year and was excellent in a short stint. In his 68 at bats, Hays hit .309/.373/.574 good for an OPS of .947 and a wRC+ of 146. Hays was fortunate with a 20% HR/FB rate that should come down, as well as a .333 batting average on balls in play, so regression is coming. But overall Hays showed a promising bat with a healthy walk rate and low strikeout total.

One of the biggest problems with the Orioles is despite their terrible record in 2019, they had multiple players put up career years that are unlikely to repeat in 2020. Trey Mancini is the most significant of those, after hitting 35 home runs and putting up a 132 wRC+ in 2019. But while Mancini will likely regress to a degree, his statcast numbers mostly backed up his performance. Mancini had an expected wOBA of .364 compared to an actual wOBA of .373 and had an expected BA of .283 compared to an actual BA of .291. Mancini can take a walk, limits his strikeouts, and at 27, he’s in the prime of his career.

Another 27-year-old with a career year in 2019 was Hanser Alberto, who hit .305 in 550 plate appearances. Alberto struck out just 9% of the time which legitimizes his batting average, and with a 96 wRC+, he was roughly an average offensive player last year.

Also 25 years old is outfielder Anthony Santander, who had the same .216 ISO and again graded out as about average offensively with a 97 wRC+ in 2019.

It’s conceivable that all of these players can take another step forward in 2020, but outside of Mancini, each has limited upside with the bat. And for as good as Mancini is with the bat, he’s equally as bad in the field.

John Means headlines what is most likely the weakest starting rotation in baseball. The Orioles were last in pitching WAR a year ago, but Means was a lone bright spot. While not a strikeout pitcher, John Means showed excellent control and limited hard contact in a year that saw hard contact percentage soar across the league. In 155 innings Means put up a 3.60 ERA to go along with a 1.14 WHIP.

The peripherals aren’t buying it though, as Means had what looks to be a fortunate .256 BABIP, along with a 9.9% HR/FB rate and both will likely regress negatively in 2020. Means FIP (4.41), xFIP (5.48) and SIERA (5.02) see a massive correction happening in 2020. While Means may be the type of pitcher that can outpitch his peripherals, it’s unlikely that he’ll repeat an ERA in the 3.60 range.

Alex Cobb used to be a solid middle of the rotation starter in his early days with the Rays, at least when he was healthy. But now at 32, Cobb has battled both incessant injuries and inconsistency with his changeup, which has led to disastrous results the past two seasons. Cobb was only able to throw 12.1 innings last year, but it resulted in a 10.95 ERA. In 2018, Cobb’s inability to get strikeouts led to a 4.90 ERA in 152.1 innings and the peripherals largely backed up his poor performance.

Cobb used to be known for his devastating changeup, and if he can get that pitch back in his arsenal he may return to at least a league-average pitcher. But his overall poor reliability makes him difficult to predict. He likely will not be worse than he was in 2018, a season that resulted in 1.5 WAR. If Cobb can at least provide the Orioles with a high quantity of innings in 2020, he may be able to provide the Orioles with two wins of value this year.

Who are these guys?

Beyond Cobb and Means, there aren’t any household names, although Asher Wojciechowski was at least somewhat interesting last year, and Wade LeBlanc has shown flashes of mid-rotation upside in the past. Ultimately, though, both will likely have an ERA north of 5.00 in 2020.

Rounding out the rotation is Brandon Bailey, who may be the most interesting starting pitcher on the team. Bailey routinely struck out over a batter per inning in the minors and gets the job done with a plus changeup, above-average curveball and average fastball. His cutter also grades out as average, and he has a slider that could potentially be average in the future. The problem is that Bailey has poor command which will limit his upside.

If you’re taking the OVER on the Orioles win total, you believe in the continued progression of their offense. There is a world in which the Orioles pitching staff settles into a reliably below-average bunch, rather than a mashed up unit of complete ineffectiveness, but their downside is impossible to ignore. The Orioles were also relatively fortunate with injuries last year, as most of their everyday players stayed healthy all season long.

With the loss of Jonathan Villar and the expected regression of the Orioles “ace” John Means, it’s hard to take the OVER on the Baltimore Orioles win total. I also don’t see any value on taking the UNDER, as it would be hard to be much worse than they were last year.

If forced to bet this win total, I would take the OVER and hope for both continued progression from the offense, and a breakout from Brandon Bailey, along with a return to form from Alex Cobb. As it stands now, there are too many unknowns with this team to take a firm position either way.