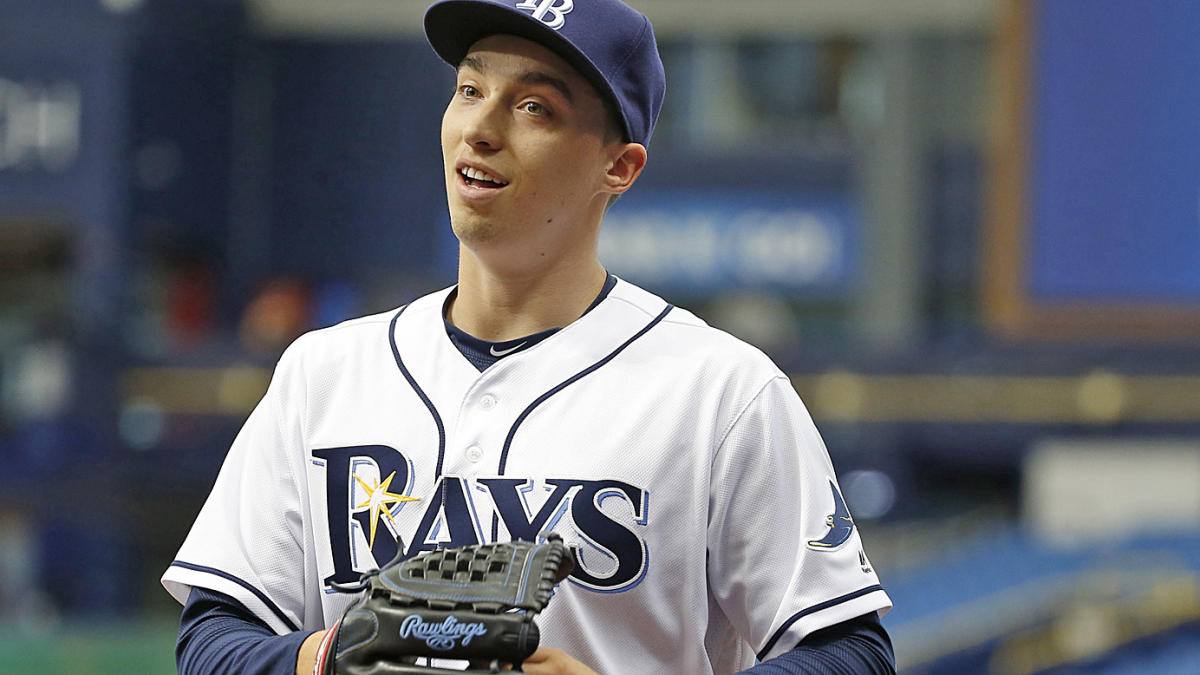 The Tampa Bay Rays are smarter than everyone else in baseball. How else can you explain the way a small-market team with one of the lowest payrolls in baseball consistently competes in the AL East? Because the Rays are so interesting, all of part two will be focused on the Tampa Bay Rays win total.

Here’s a link to Betting AL East Win Totals Part 1 which covered the Yankees and Blue Jays. And for three more MLB win totals bets I placed, check out this article.

Rays win totals over the past five years, along with their opening day payroll:

That’s one season in the last five where the Rays didn’t have a competitive team on the field, despite ranking bottom three in the league in payroll.

It’s clear the Rays know what they’re doing and are able to squeeze the highest degree of potential out of their players and their team as a whole. And while those front office executives leaving may hurt in the future, they both helped assemble the team that will be on the field in 2020.

The Rays will also be getting some reinforcements back onto their roster that didn’t contribute a full season in 2019, including 2018 AL Cy Young Blake Snell. Snell threw just 107 innings last year, and was unlucky with his results, posting a 4.29 ERA despite a 3.32 FIP, 3.31 xFIP, and 3.56 SIERA.

When healthy, Snell is one of the top 15 starting pitchers in baseball. He’ll be joined by another potential ace returning from injury in Tyler Glasnow. Glasnow was able to pitch just 60.2 innings last year but put up a 1.78 ERA with 76 strikeouts to just 14 walks. While the peripheral numbers are expecting some regression (2.26 FIP, 2.94 xFIP, 3.18 SIERA), those numbers are still at ace-quality levels.

While both Snell and Glasnow have the ability to be #1s in any rotation, the true ace of the Rays staff has been Old Man Charlie Morton. After signing with the Rays coming off a career-best year with the Astros, Morton has put up back to be superb seasons, starting with a 3.13 ERA in 167 IP in 2018, which was followed up by a 3.05 ERA in 194.2 innings in 2019. While Morton is 36-years-old, he’s never been better in his career.

So the Rays are trotting out three aces at the top of their rotation, and the next two guys, Yonny Chirinos and Ryan Yarbrough are both above-average starting pitchers.

In the bullpen, the Rays have potentially one of the best relievers in baseball in Nick Anderson who they acquired from the Marlins last year. Anderson struck out 110 batters in 65 innings in 2019 and walked just 18. His 3.32 ERA was solid, but his peripherals show truly elite numbers with a 2.35 FIP, 2.91 xFIP, and 2.21 SIERA.

Behind Anderson, the Rays have two pitchers with filthy stuff in Diego Castillo and Jose Alvarado. And in the middle innings, I simply trust this team to get it done with guys like Trevor Richards, Chaz Roe, and Colin Poche.

While the strength of the Rays is their pitching staff, the lineup also looks formidable:

Brandon Lowe was having a breakout of sorts before getting injured last year, and he should be an above-average option at the top of the order. Austin Meadows truly had a breakout last year as a potentially elite hitter after coming over from the Pirates with Tyler Glasnow. Yandy Diaz also showed a glimpse of the potential people were hoping for after coming over from the Indians. Ji-Man Choi can mash righties and may platoon with Jose Martinez who the Rays acquired from the Cardinals.

Hunter Renfroe and Manuel Margot came over in a trade with the Padres. Renfroe showed surprisingly elite defense as a center fielder last year and has elite power. Margot also has loads of potential, and while his bat is still coming around, his defense is well-above average.

Finally, there’s Yoshi Tsutsugo who the Rays brought over from Japan in the offseason. Tsutsugo is a slugger, and in the last four years, he’s hit 139 home runs with a line of .293/.402/.574. Of course, those numbers will come down in MLB, but his walk rate of 15.1% and a strikeout rate of 20.4% will both help in his transition. Tsutsugo is just 28 years old and could turn into a key cog in this lineup.

It’s hard to take anything but the OVER on this win total because the Rays have only seemed to get better from the team they had a year ago. While the AL East could be better this year with the Yankees and Blue Jays improving, the Red Sox will be taking a step back. The Rays may have lost outfielders Avisail Garcia and Tommy Pham, but their current outfield of Meadows, Kiermaier, and Renfroe will be much better defensively and could be just as good offensively.

The starting rotation is what really stands out with this Rays team. They have three #1 starters at the top of the rotation, and they’ve been effectively using “openers” for the final two spots in the rotation.

The final factor with this team is their loaded farm system. First baseman Nate Lowe has a potentially elite bat and could be up at any time this summer. And while the #1 prospect in baseball by a wide margin, shortstop Wander Franco, likely won’t be up this summer, he could push his way onto the team late to help with a playoff push. In addition, the Rays have potential game-changers waiting to make an impact like former #1 overall pitching prospect Brent Honeywell, two-way player Brendan McKay, as well as the electric middle infielder Vidal Brujan.

The Pick: The floor for this team looks like 88 wins, with the ceiling at least as high as a repeat of 96 wins, so I will likely be placing a wager on the OVER 90.5 wins for the Tampa Bay Rays.