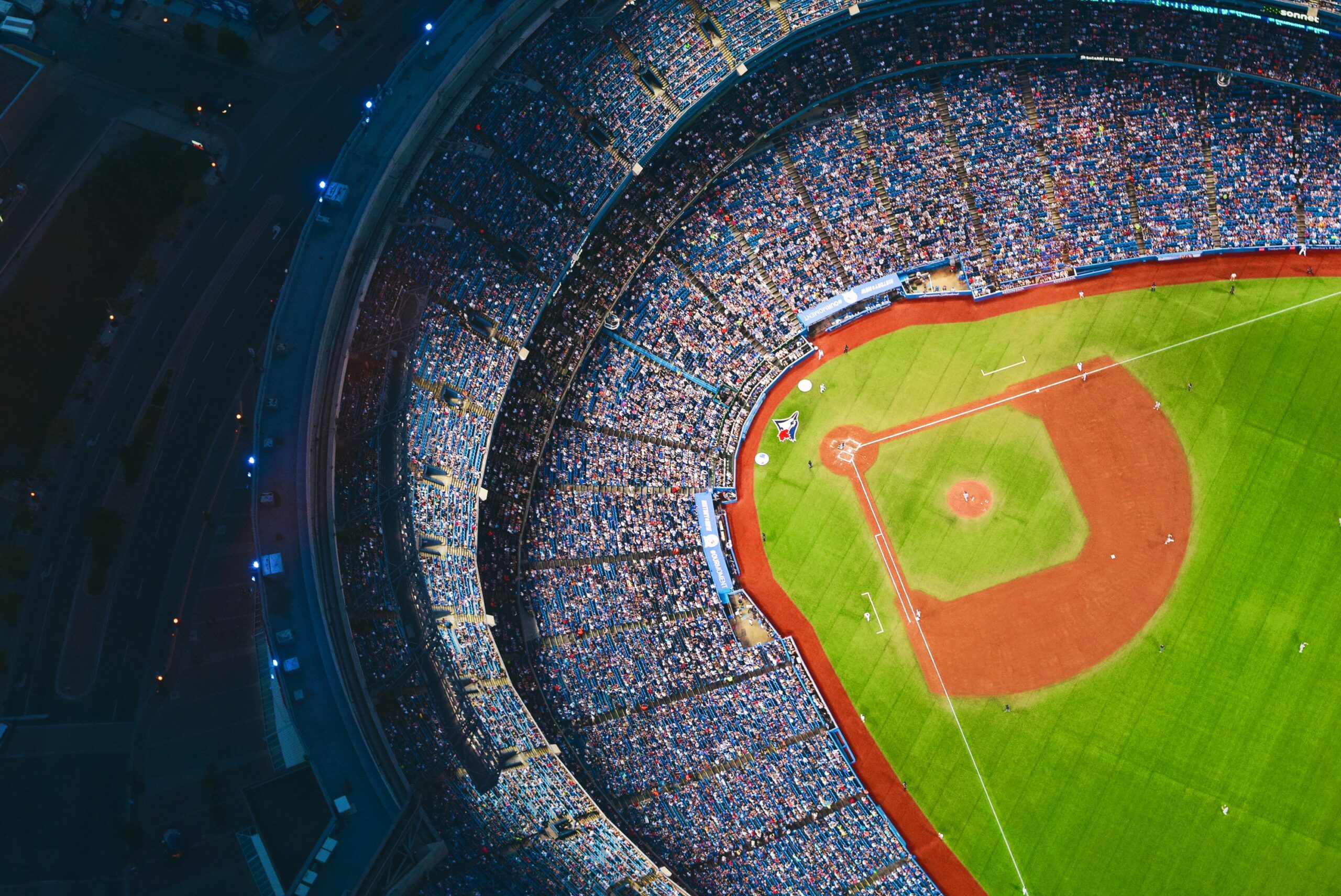 The AL East is one of the most intriguing divisions in baseball each year. While it’s usually a battle between the Yankees and Red Sox, the Tampa Bay Rays continue to put out playoff-caliber clubs each year to make things interesting. While the Red Sox are seemingly punting on the season after the Mookie Betts trade, the Blue Jays may have enough talent to find themselves in contention. For part one of betting AL East win totals, we’ll cover the Yankees and Blue Jays.

The Yankees are finally spending money again. The Evil Empire is officially back on track as the favorite to win not only the AL East but the World Series at odds of +150. There is no value in taking the Yankees to win it all at that price, but is there value on going over their win total? The number is obscene no matter where you look, sitting between 101.5 and 102.5 wins for the season.

The Yankees biggest splash was, of course, signing super ace Gerrit Cole. Cole led all of baseball last year in strikeouts at 326, and in pitcher WAR at 7.4. If he’s not the best pitcher in baseball, at worst he’s #4, and no one else is particularly close.

One of the best arguments for the Yankees going over their win total is that they won 103 games a year ago, without Gerrit Cole, and without slugger Giancarlo Stanton for the vast majority of the season. The Yankees had a run differential last year of +204, which gave them an expected record of 99-63.

Another notable player that barely contributed to New York last year was starting pitcher Luis Severino. Severino was a legitimate ace for the Yankees in 2017 and 2018 and missed all but the last half of September in 2019 with rotator cuff inflammation. With the addition of Severino, the Yankees are in essence getting two aces added to their rotation for 2020.

On the downside, starting pitcher James Paxton, who is set to be one of the best #3 pitchers in the game this year, could miss as much as half the season after undergoing back surgery. In early February he was ruled out for the next 3-4 months, which would put him back on the mound in June or July depending on recovery and ramp up time. The rest of the Yankees rotation is filled out by Masahiro Tanaka, who confounds with his inconsistencies, and J.A. Happ, who lost some luster last year after four straight sub-4.00 ERA seasons.

Despite Happ and Tanaka struggling on the mound last year, and no Luis Severino, the Yankees simply smashed their way to victory most games. New York led the league in runs scored last year with 943, despite Giancarlo Stanton playing in just 18 games. The Yankees could see some regression from the career years put up by D.J. LeMahieu, Gleyber Torres, and Gio Urshela, but the former two are legitimate stars, and Urshela is backed up by former breakout Miguel Andjuar.

There is no sense in trying to pick apart this Yankees lineup. For any player that regresses, three others will likely step up in his place. Here’s how Roster Resource projects their starting lineup:

Even the guys that aren’t stars are productive pieces in this lineup. Each of these players has the likelihood of being well-above-average hitters, even the aging Brett Gardner who put up a 115 wRC+ last year. Mike Voit, Mike Tauchman, and Gio Urshela have all shown the ability to be run producers and the top 5 of this lineup is better than any other in baseball.

There is no way I would take the under on the Yankees win total of 102.5, and if I can find a 101.5, I think it’s probably worth playing given the amount of elite talent on both sides of the ball. PECOTA has the Yankees projected for 99 wins, but I still see this total going nowhere but up as we move closer to the season.

The Blue Jays could be one of the most exciting teams to watch this season. With three elite prospects graduating to the show last year, all sons of former big-league players, this team has the ability to exceed expectations. While the Blue Jays lineup quickly falls off in talent after the first four in the lineup, there are many different ways that this offense could progress into a formidable force.

Fisher is a speedster the Jays acquired from the Astros last year, and the addition of Travis Shaw in the offseason is equally as intriguing. Both players could disappoint, but each also has a path to productivity. Teoscar Hernandez is still loaded with offensive talent, and Randal Grichuk is a legitimate 30+ home run threat. As a whole, this lineup could boom just as easily as it could bust.

The success of the Blue Jays pitching staff will go a long way towards determining the outcome for their win total, which is 74.5 or 75.5 depending on where you look. Fortunately for the Jays, their starting rotation has undergone a complete makeover for 2020. Last year’s ERA leader Hyun-jin Ryu was added to be the Blue Jays ace, and he brings a level of talent the Jays haven’t seen in their rotation since Roy Halladay.

The Jays also traded for Chase Anderson and signed Tanner Roark and Matt Shoemaker to round out their rotation. While this group is nothing to write home about, they all have a reasonable upside of mid-rotation starters.

In the bullpen, the Jays have a legitimate closer in Ken Giles who put up a 1.87 ERA last year with 14 K/9. But behind him are a lot of unknowns like Anthony Bass, Sam Gaviglio, and Trent Thornton. Bullpens are reliably unpredictable, but with Giles, the Jays at least have a shutdown closer.

Toronto went 67-95 last year, so to go over their win total they’ll need to add 8-9 wins. The outcome of this bet will likely be determined by how quickly their young players can ascend to stardom. Bo Bichette, Vlad Guerrero Jr., and Cavan Biggio all have superstar upside. But will they take a step back, or a step forward in 2019?

PECOTA has the Jays at 76.5 wins, so they’re on board with the OVER. I’m willing to bet that each of those players can add two additional wins to the team total and that the improvement in the rotation will be enough to put this team in the upper 70s. I’m taking the OVER where I can find it at 74.5 wins.

For more MLB win totals, last week I went over three bets I placed right away.