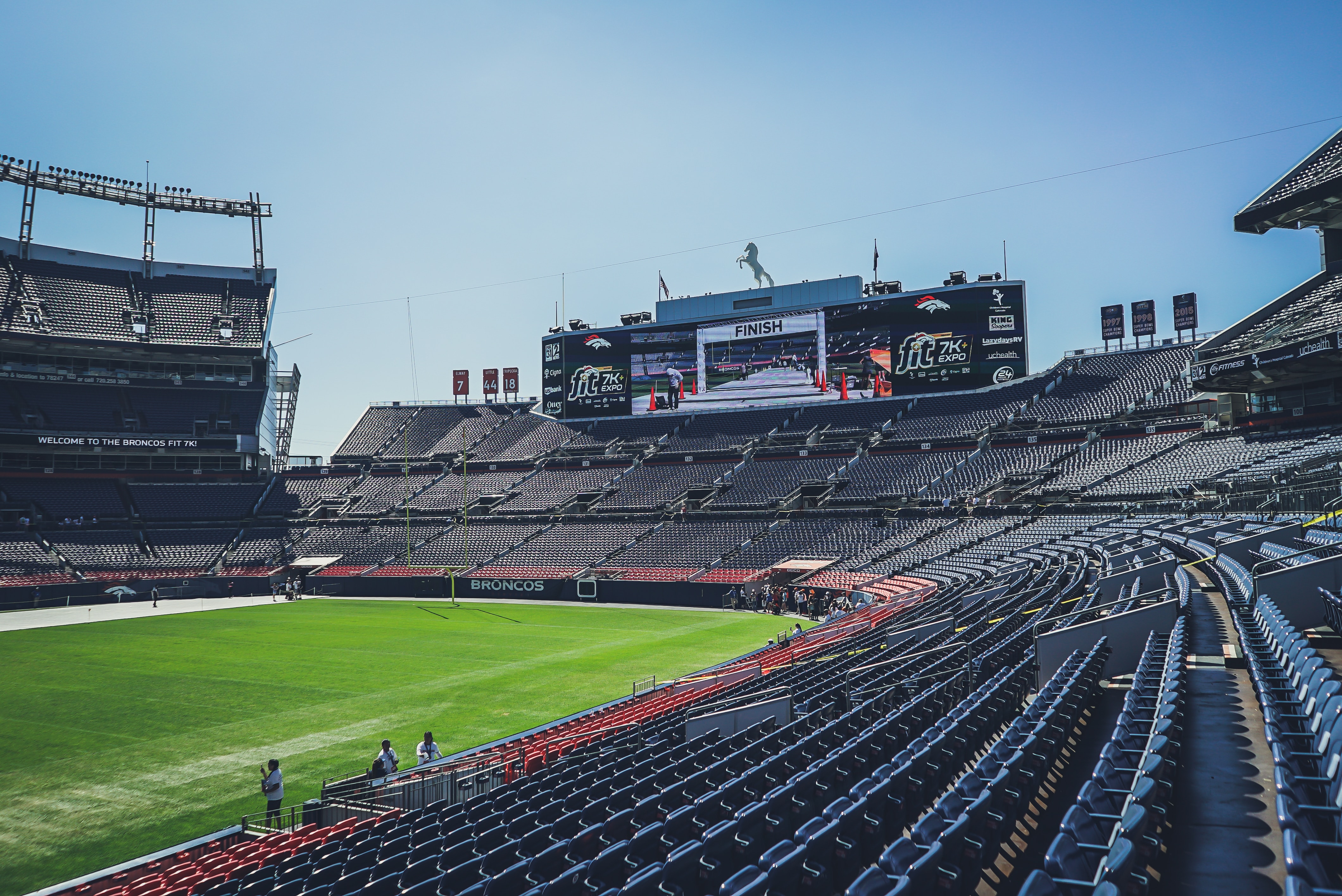 If it hasn’t sunk in yet that we won’t be seeing any major live sporting events again for months, then you are in huge denial. Yes, the UFC is attempting to come back in April and the NFL Draft is reportedly going on as scheduled but other than that and a few foreign sporting leagues, we are still a way away from seeing any of the four major US sporting events start back up. So while the current betting landscape is as depleted as ever, at least we can still get our fix on some futures bets.

First I am going to start with an NFL future bet you should NOT be putting your money on. Tom Brady going to Tampa Bay will certainly be a boost for the team. You may think that if Jameis Winston, who in my opinion will be a backup or Ryan Fitzpatrick carnival-like starter for the rest of his career, can put up those numbers then Brady should be able to surpass those numbers without the interceptions. Wrong!

Brady is the polar opposite of Winston. Brady likes to throw shorter more precise passes while Winston likes to air it out and roll the dice. This Tampa Bay offense will be doing a complete 180 (or complete 360 in the words of Jason Kidd) this season. Now I’m not saying that Brady won’t be good or that the Bucs will not be good either, because I think they both will. However, I am not falling into the overhype that Brady will win MVP and the Bucs are a sleeper Super Bowl team. Neither of those things will happen so I won’t even waste a dollar on those bets no matter how good the odds are. Sportsbooks are begging the public to hammer those futures for sure.

So what teams and players are the best bets for winning the Super Bowl and MVP next season?

Patrick Mahomes is the best player in the NFL and there really is no way to argue that. No sophomore slump and his team just won the Super Bowl. There is no reason to think that Mahomes will be slowing down anytime soon, if ever. He is the favorite and rightfully so but at +400, I’ll take Mahomes at a 4/1 payout any day of the week.

I’m going to be honest, I hate Russell Wilson and the Seahawks as much as anyone on earth. If you’re a Packers fan you have to hate the Seahawks, Wilson and Pete Carroll for all of the bs they have put us through over the years. Having said that, Wilson is one of the five best quarterbacks in the NFL and the Seahawks need him as much as the Packers need Aaron Rodgers. The Seahawks are expected to have another big season and the only way that will happen is if Wilson puts up another excellent season. He will finish towards the top of MVP voting again this season and there is no reason he couldn’t have the best season of his career. If DK Metcalf plays as good as he can, they could be one of the best QB/WR duos in the NFL this season.

Kyler Murray is one of my longshots that I love and have already put money on. The Cardinals defense is going to force that offense to put up big numbers this season if they want to win games. With Kliff Kingsbury now having a year of NFL experience under his belt, I like him to really help push this offense to the next level. Murray is Russell Wilson 2.0 and with that WR lineup that features DeAndre Hopkins, Larry Fitzgerald, Christian Kirk and a sleeper in Andy Isabella, this is arguably the best WR group from 1-4. Kenyan Drake is a very talented running back than can help take the pressure off of Murray as well. If the Cardinals could find a way to sneak into the playoffs this season, it will be because Murray had an MVP worthy season and I don’t find that too hard to believe is possible at this point.

The last non-quarterback to win MVP was Adrian Peterson back in 2012 and before that is was LaDainian Tomlinson in 2006. It is likely that a quarterback will once again win the award but if any position player has a chance it is Christian McCaffrey. Over the last two years, McCaffrey has averaged five yards per carry. He has 1,387 rushing yards and 1,005 receiving yards last year and I think he can do even better this season. Teddy Bridgewater isn’t the type of quarterback to throw 40 times a game and when he does throw, he likes to look for the easy targets and that will be McCaffrey. A three-down back with a quarterback who will look to him a lot in the passing game, McCaffrey’s talent could break the QB streak for MVP.

Drew Brees didn’t return to the NFL to not win another Super Bowl. He has the best receiver in the game in Michael Thomas and Alvin Kamara is one of the most explosive players in the league despite not having his best season last year. The addition of Emmanuel Sanders should go a long way in helping Brees and that offense. There is talent on the defensive end as well and the Saints, in my opinion, have as good of a chance of winning the Super Bowl as any of the other top teams in the league.

The Colts have made some offseason moves that have already improved this team greatly. Deforest Buckner and Philip Rivers are going to be key pieces for this team on both sides of the ball. T.Y. Hilton is a great receiver and Zach Pascal is a solid compliment to him. Xavier Rhodes hasn’t played well lately but maybe a change of scenery can get him playing up to his capabilities. A solid one-two punch at running back between Marlon Mack and Nyheim Hines is also something to keep your eye on. This is a solid all-around team and they still have time to improve before the season starts.

The Atlanta Falcons are my favorite longshot to win it all this season. We know how good Julio Jones and Matt Ryan are. Add in Todd Gurley and Hayden Hurst to replace Austin Hooper and this offense is going to be one of the best in the NFL this season. If Gurley can stay healthy, which is a huge if, the Falcons could be really dangerous this season. Calvin Ridley is another if. If he can have a big season alongside Jones, then the sky is the limit for the Falcons. There are a lot of ifs on this team but if the stars align, this team will be as good as any next season.

We don’t know yet if the entire 162 game season will be played in the MLB this year. However, it seems unlikely at this point. Regardless of how many games are played, there are two teams (now that Thor had TJ surgery and is done for the year) that I like to win the World Series this year. Spoiler Alert! Neither of them is trash can bangers.

The Atlanta Braves are going to have one of the better rotations in baseball this season. Mike Soroka is a great pitcher and the rotation behind him is very solid. Cole Hamels, who may be aging, still had a solid season last year with a 3.81 ERA and he is slated to be their fourth pitcher. Atlanta has one of the best lineups this year as well with tons of talent from Freddy Freeman to newcomer Marcel Ozuna. The biggest issue for the Braves will be their bullpen again this year. It will be hard for them to play as bad as they did last year and they should be able to address any issues as the season goes on leading up to the trade deadline.

Last season the Minnesota Twins were quietly second in hits and runs scored while leading the league in home runs. The pitching staff was solid as well, finishing the with a 4.18 ERA, good for ninth-best in the league. The top three in their rotation (Jose Berrios, Jake Odorizzi and Kenta Maeda) are all excellent pitchers and will make for a good playoff rotation. The Twins have some solid arms in the bullpen as well. This will be a great team again this season and they will give the Yankees and Astros plenty of trouble this season.

The postponing of the NHL season hit me almost as hard as the loss of March Madness. As an Avalanche fan, I finally have a team that is Stanley Cup worthy for the first time since the early 2000s. While this hiatus will give Colorado plenty of time to heal those major injuries, it still is a huge blow to see the season come to a complete stop with a dozen games left. Assuming the season does return, which I fully expect it to (hopefully by June), there are two teams that I like to win the Stanley Cup.

The Boston Bruins have the best odds of winning the Stanley Cup this season and they have been the best team all season as well. Tuukka Rask has been the best goalie in the league once again, allowing just 2.12 goals per game. David Pastrnak (95 points) and Brad Marchand (87 points) have been as good of a tandem as any in the league. This team has plenty of talent and they were just one win away from winning it all last season. The Bruins are as hungry as any team in the league and they are certainly as talented as any. It’s hard to think of any team that can beat them four out of seven games.

Yes, take this with a grain of salt as I am an Avalanche fan. However, there is no denying how talented this team is and that they are truly one of the best in the league. The Avs are two points behind the defending champion St. Louis Blues in the Western Conference and they still have an extra game to play (assuming they resume the regular season). Colorado has two excellent goalies in Phillipp Grubauer and Pavel Francouz, arguably the best 1-2 goalie tandem in the league. Cale Makar is one of the best young defenders in the league and there is some experience on the defensive lines as well in Ian Cole and Erik Johnson. You can’t forget about one of the best top lines in hockey with Nathan McKinnon, Mikko Rantanen and Gabriel Landeskog. Colorado also has plenty of depth with Nazem Kadri, Andre Burakovsky, Matt Calvert, J.T. Compher, Joonas Donskoi Tyson Jost and plenty of others as well. The 19-year championship drought could certainly end this season.