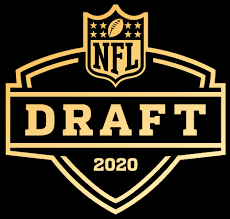 It’s one of the best days of the sporting year and it is finally here. It’s draft day! We don’t have too much to be excited for sports-wise nowadays so this draft will be even more exciting. Yes, it will be done virtually but that won’t take away from the excitement.

With the lack of pro days and individual workouts this year, this year’s draft will be very hard to predict. Some picks are fairly obvious while others are complete shots in the dark. I have a few teams that could draft as many as three or four different positions realistically. Still, we are giving it a shot and since this is the first real betting action we have had in over a month, you better believe I am taking every single one of these bets as well.

My mock draft will just include the first round. I will update this article weekly leading up to the draft, which begins Thursday, April 23rd.

This pick is all but a lock. The Bengals will draft Burrow as they look to move on from the unsuccessful Andy Dalton era. Chase Young is the only other possible pick here but is still highly unlikely. Unless something dramatic happens in the next three weeks, you can write this one in now.

I still believe there is a chance the Redskins could take Justin Herbert here. However, I haven’t been seeing the progress news/rumor wise over the last couple of weeks to support that opinion enough. Instead, the Redskins make the safe pick and take Chase Young, shaking up my entire first two mock drafts.

Virtually everyone is in agreement that Okudah will be going here as the Lions look to fill the void left by Darius Slay. However, this could also be a great trade spot for the Lions to pick up additional picks.

Since the miracle of Chase Young being available with the fourth overall pick is no longer an option, the Giants instead address a much-needed concern as they look to protect their two franchise players in Saquon Barkley and Daniel Jones.

Now that Justin Herbert is available at #5, the Dolphins make the smarter pick here and take a better NFL QB in Herbert over Tua Tagovailoa. This could be a pick we look back at in a few years as being one of the smartest choices in the draft by going Herbert over Tua.

While I said the Chargers shouldn’t reach for Jordan Love here over the last two weeks, they are going to wish they would have. Since Tua is still available, the Chargers decide to take the gamble on the injury-prone overhyped Alabama quarterback. While I don’t expect Tua to be a starter in the NFL long, the best-case scenario for the Chargers and Tua is another Philip Rivers (who can’t win big games) but with a lot worse stats.

Isiah Simmons falls to number seven here and the Panthers scoop up one of the more solid picks of the draft.

Many probably expected the Cardinals to address that terrible defense with this pick. While they probably should, I think they realize there are just too many defense holes to address at this point an instead decide to protect the future and Kyler Murray.

The offensive line is a possibility here but I think Jacksonville goes with the top DL in Derrick Brown instead. Calais Campbell and Marcell Dareus are gone so this will be there attempt to fill that void with a solid pick in Brown.

The Browns will address their most obvious issue by drafting an OL. This could be a few different linemen at this point but for now, I’m sticking with Becton. The top OL are starting to come off the board quickly.

We could see our first wide receiver go here but the Jets won’t want to pass up on a top OL with this pick. WR is deep this year, OL maybe not as much.

After recent rumors about a secret knee surgery involving Jerry Jeudy, the Raiders will decide CeeDee Lamb is the better choice here. Also, Jeudy scored a Wonderlic score equivalent to that of a second-grader. Mayock takes things like that into account and will roll with Lamb over Jeudy (even though Lamb didn’t score much better).

This pick could be Lamb as likely as it could be Jeudy. It really seems like a coinflip at this point who will go first but my money is on Lamb going first based on the news over the past week. Unless the Broncos trade up, the 49ers will likely land either of the top two WR in the draft.

Tampa Bay landed Tom Brady, do you really think will draft anything else other than a lineman to help protect him?

Ruggs’ stock has been climbing but I still don’t see any team taking him over Lamb or Jeudy. Denver gets a great receiver here to help out their future franchise quarterback Drew Lock. Lock, Melvin Gordon, Courtland Sutton, DaeSean Hamilton, Noah Fant and Ruggs make for a solid and young offensive core.

Desmond Trufant is out, so enter C.J. Henderson, the best DB available. Not too many other picks make sense here unless Henderson is already ff the board. Still expect a DB to go here.

The Cowboys will be looking for an edge rusher here and Chaisson falling to 17 is a gift for them. If Chaisson is gone, they may settle for A.J. Epenesa, whose stock has been dropping. Dallas will fill the void left by the departure of Robert Quinn.

This could be a safety or an offensive lineman. With a handful of the top offensive lineman off of the board, I think the Dolphins will instead try and grab Xavier McKinney here and address that vulnerable secondary.

While I think it would be a real badass move for the Raiders to draft two top receivers with their first two picks, that seems unlikely. Imagine Raiders’ fans, the next few years having Jeudy and Justin Jefferson lines up opposite of each other. Instead, the Raiders make the more logical pick to address the secondary.

Jacksonville elects to try and replace Jalen Ramsey here with this pick. A.J. Bouye is also gone so a CB seems inevitable at this point, assuming they didn’t reach for one with their first pick. If they take C.J. Henderson or somehow land Okudah, then Jacksonville could draft Javon Kinlaw here and that would be just as effective, or even better, than the Brown/Johnson combo.

The Eagles get a steal here in Justin Jefferson who could end up being a great NFL player and one of the best wide receivers in this deep draft class.

I originally had CB Jeff Gladney from TCU in this spot. However, I think the Vikings expect Gladney to still be available in three picks and instead take a different path with this pick. This seems like a spot where A.J. Epenesa could go, even though I still feel it is a little early based on his combine performance.

Now that the Vikings are taking Epenesa, the Patriots will look to another edge rusher and go for the next best available in Yetur Gross-Matos from Penn State. Gross-Matos is one of the best edge rushers in the draft and appears to be increasing his stock. With that stiff Patriots defense, Gross-Matos could be a great pick to add depth and talent.

Linebacker is still probably the biggest need for the Saints but it also isn’t a desperate need. The fact that Javon Kinlaw is still available is insane and also probably unlikely. However, outside of Jacksonville (who I have taking Derrick Brown) and Carolina (who take the best available in Simmons), I don’t see any other team really aiming for a DL with their top pick. That doesn’t mean that a team still won’t snag him up as he will be the best available for a number of picks. Kenneth Murray is also likely to go here.

Minnesota needs help at cornerback and Jeff Gladney could be a solid sneaky pick here. It may seem a bit early right now for Gladney but the word is that he is impressing and the Vikings are showing some interest in the TCU product.

Miami got McKinney with their second pick and their new franchise quarterback with their first. Now, they need to protect their QB. They take the best available offensive lineman who at this point is Joshua Jones.

The Ravens always find a way to find talented defensive players in the draft and this year is no different. If Kenneth Murray is still available at pick 28, he won’t be around for pick 29.

Offensive line is very possible here but I now have them addressing their defensive line instead. The highly talented Raekwon Davis is too hard to pass up here as too many of the top offensive lineman are gone at this point.

I still feel WR is a must for the Packers here. However, it appears they could be looking at a number of possesions here and taking a WR in the second round instead. I feel like that is a mistake so I am leaving a WR here for now and Aiyuk appears to be the front runner at this point.

San Francisco got their WR with their first pick. We know how good the defense is so they will instead bolster that offensive line with the top OL available in Cesar Ruiz.

D’Andre Swift is still a possibility here, although I don’t think that is the most likely scenario. Patrick Queen is too talented to drop to the second round so the Chiefs start to strengthen their weakness, which is their defense.

Teams Who Could Make First Round Trades

Total Alabama Players Drafted in First Round: Over 5.5 +102

I also have six LSU players going in the first round. This one may be tougher as I may have stretched one Tiger into the first round but six players are certainly a possibility. The payout on this one is too tempting to pass up.

Total Clemson Players Drafted in the First Round: Under 2.5 -235

The payout isn’t huge but this is probably the best bet available. I have just one Clemson player going in the first round now with A.J. Terrell possibly being the second. I can’t see a third going in the first.

Total Ohio State Players Drafted in The First Round: Under 2.5 -380

We will have two Buckeyes drafted in the first five, maybe even three picks. After that, there shouldn’t be any. The only one that could possibly sneak into the first round is Damon Arnette and that is a push. If you are thinking J.K. Dobbins could go first round, stop thinking.

Total Georgia Players Drafted In The First Round: Under 1.5 +138

This one comes down to whether or not you think De’Andrew Swift will be a first-rounder. If you do, then take the Over. If not, go with the Under. I’m on the Under.

I have three Pac-12 players going in the first 20 picks. I think they should all land safely in the first round. Plus Aiyuk would make four.

Player to be Drafted in Top 5 Overall Picks: Justin Herbert +150

I think Herbert could go second overall. Worst-case scenario, it appears he would go to the Dolphins at five based on the recent Tua rumors.

It is the same bet as the one above, but it still needs to be included here because it is such a good plus money bet in my opinions.

This may be the best value bet on the whole board. I think it is a given that Herbert goes first and the payout on this is only going to go down as the draft approaches. I would suggest hopping on this bet ASAP.