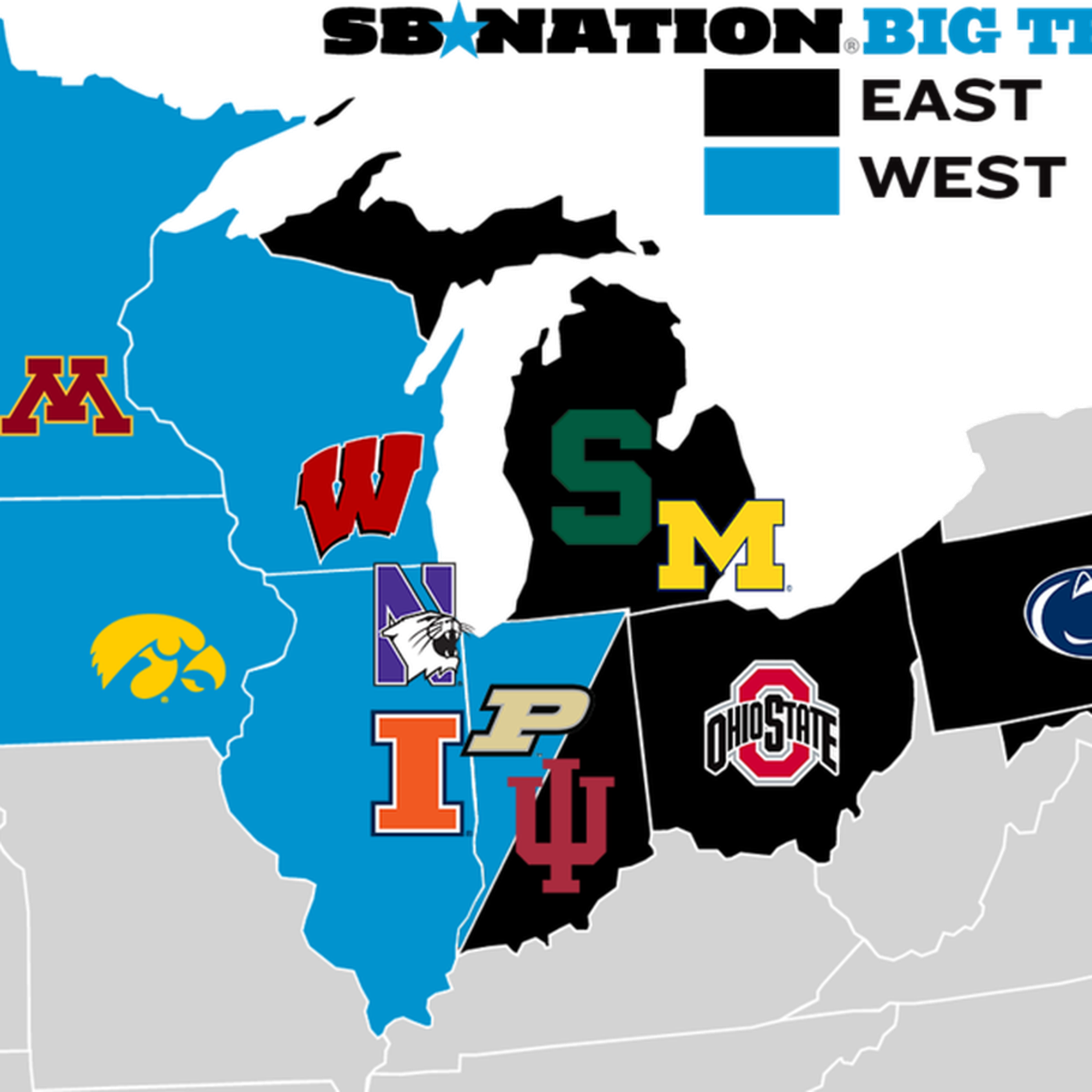 Notes: Despite a 6-7 record last season, Illinois was a solid team that even had a big win against Wisconsin. This year, things won’t be any better. A couple of easy scheduled games won’t be a problem for the Illini but the big name teams in the conference and even the middle of the pack teams will be too much for Illinois to handle. Five wins seems about right.

Notes: Last year, Indiana did well to beat up on the weaker teams but struggled to perform against the better teams, with the exception of Penn State, who they only lost to by a touchdown. I expect the same to happen this season, take down the weaker competition and lose to the elite teams. I see five or six easy wins here and I expect them to end up with eight all together.

Notes: Iowa is a solid team every season. They can always run the ball and they always play good defense. That is a solid recipe for success, especially in the Big Ten. I don’t see the Hawkeyes having much trouble this season outside of their three elite opponents. I expect nine wins but even if they falter against one subpar team, they will still cover the Over.

Notes: Maryland scored 142 points in their first two games and the world was ready to make them an ACC contender. Then reality hit and the Terps crashed back to earth. The Terps could steal a game from a team like an Indiana or a Minnesota, but I don’t think it’ll happen at this point. I really only see three wins here and only getting to four if they are lucky.

Notes: Michigan lost their entire offensive line to the NFL Draft this past weekend. For most teams that is a big blow and yes, it will be a blow to Michigan. However, a blue-blood school like Michigan with another solid recruiting class and plenty of talent still on their roster, I like the Wolverines to be atop the Big Ten again. Nine wins shouldn’t be an issue, even if they lose to their three toughest opponents. I expect them to win at least one of those games and get to 10 wins.

Notes: Michigan State continued to disappoint last season with just a 7-6 record and I expect that fall to continue this season. I see six almost certain losses for this team with Indiana and Minnesota also taking down the Spartans. Six wins are way too many for this team.

Notes: Minnesota has a pretty even schedule this season with some tough opponents and some fairly easy ones. The total is set at eight and I have to agree with that. If anything, I would roll with the Under before the Over. Minnesota had luck on their side last season late in games, I don’t see that happening again this season.

Notes: After years of terrible play in Nebraska, it appears this year the Cornhuskers may actually put together a solid season this year. However, I still only see them getting seven wins this season. Still, making a bowl game is a small victory for this school after their 5-7 record last season. Nebraska would have to take down at least one of Iowa, Ohio State, Penn State or Wisconsin to hit the Over and that is highly unlikely.

Notes: Northwestern has some easy non-conference games this season but reaching six wins is still out of the question. Even the Wildcats’ conference schedule isn’t the toughest. Despite this, I like the Under as Northwestern will struggle to score throughout the majority of the season.

Notes: Ohio State would have to go 12-0 to hit this Over and while I think they could 100% do that, I think at least one team between Penn State, Michigan or Oregon will take them down. However, Oregon is without Justin Herbert now and Ohio State is their second opponent of the season and I don’t think the Ducks will be ready. If anything, the Under is the better play than the Over. While they are still as talented as any team in the country, the Buckeyes did lose a lot of talent to the Draft as well.

Notes: Penn State has four tough opponents this season in Ohio State, Michigan, Virginia Tech and Iowa. If they go 2-2 in those four games, they should hit the Over with ease as I expect them to win those other eight games with moderate ease. I think Penn State will get the better of Iowa and Virginia Tech and take one of two between Michigan and Ohio State. Give me the Over here.

Notes: Purdue is coming off of a rough 4-8 season and while the books think they should improve this season, I don’t think it will be by much at all. In fact, I expect another 4-8 season with a 5-7 season being the ceiling. If anything, I see a worse record this season than last before I see them winning six or more games. Of their four wins I am giving them, I really am only comfortable with two of them (Northwestern and Rutgers).

Notes: Sorry Rutgers, it’s going to be another long season. Aside from a “gimme” against Monmouth, I don’t see this team winning another game. Even if they find a way to upset a team like Temple or Syracuse, they will still only end up with two wins.

Notes: Wisconsin will benefit from an easy schedule this season. Iowa, Michigan and Notre Dame are the only real competition on their schedule. All they have to do is win one of those to hit their Over and I think they could take two of the three. Wisconsin could take the Big Ten this season, even with the departure of Jonathan Taylor.